A Spanish mackerel has been plucked from the sea by an Osprey – as beachgoers looked on in astonishment.

A Chief meteorologist said  the bird was an osprey which had caught a ‘large Spanish mackerel’.

The Spanish mackerel was trying to free itself, as the talons of the bird swooped at Myrtle Beach, South Carolina. 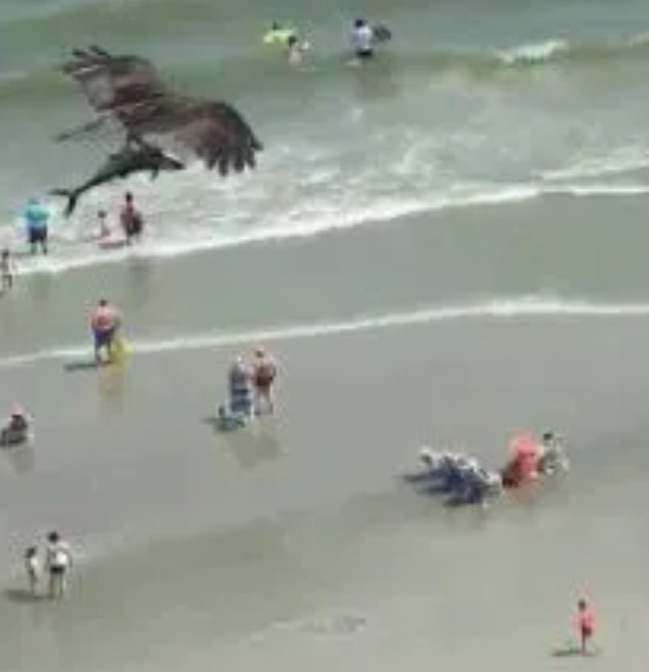 The catch has been thought it is possibly a dogfish, tuna, ladyfish or bluefish – but others cited the shape of its tail depicting it was a Spanish mackerel.

The Osprey is referred to a sea hawk, river hawk or fish hawk.

The Atlantic Spanish mackerel is a migratory species of mackerels that swims to the Northern Gulf of Mexico in Spring, returns to south Florida in the Eastern Gulf, and to Mexico in the Western Gulf in the fall.