The collapse occurred at dawn causing only material damage. Fortunately the building was closed at the time.

Parish priest, Fr José Luis Satorre said that structural engineers were scheduled to visit the building this week to investigate the state of the roof. 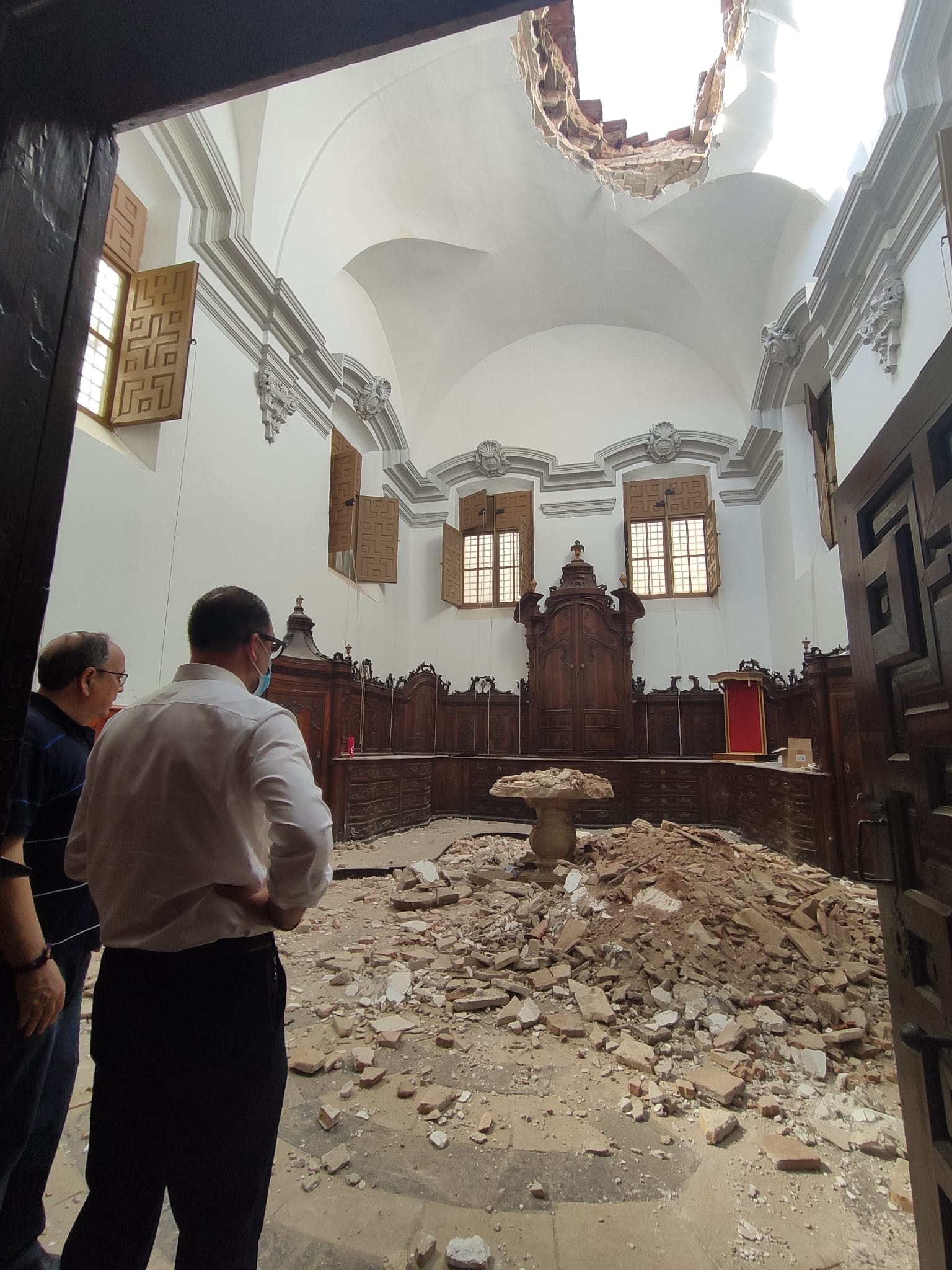 He said that it had been deteriorating for some time but that the DANA and the rains this spring accelerated the deterioration. Father Satorre called on the Generalitat for help to carry out the repair.

The Mayor of Orihuela, Emilio Bascuñana , visited the church on Tuesday morning. The municipality has reported the serious material damage suffered by the temple to surveyors from the Ministry of Culture and to whom the Council and the church are going to request immediate help.

The news of the collapse has generated concern among the residents of Orihuela. The church and its characteristic and unique Gothic bell tower, unique in the Valencian Community, have great symbolic value, with the building also featuring in a number of annual cultural events.

The building, which was built in 1319 on the site of an old mosque, was declared a Site of Cultural Interest and a National Monument in 1971. Santas Justa y Rufina is one of the most emblematic churches of the vast religious architectural heritage of Orihuela.