Racing San Miguel coach Dani Perez Williscroft – the youngest in the Valencia 1st Regional Group 8 – has spoken about his proudness and sadness of the FFCV season ending in the wake of the coronavirus lockdown.

“It was a huge responsibility – and I gave it everything,” said Dani, 27, who took Racing San Miguel into third place in the table, prior to lockdown postponement in March.

The FFCV announced on May 14 that a decision had been made on the final classification of standings, at the time of COVID-19 cancellation of fixtures for the 2019-20 season.

It is the second successive season that Racing San Miguel have finished third, achieved on a limited budget.

Dani, appointed coach in July 2019, who resides in San Miguel, said: “From day one I received support from many people, but also there were doubters – those that did not believe.

“It was a new venture – with some players in the squad, that had not played in the 1st Regional before. But they had a hunger to succeed. 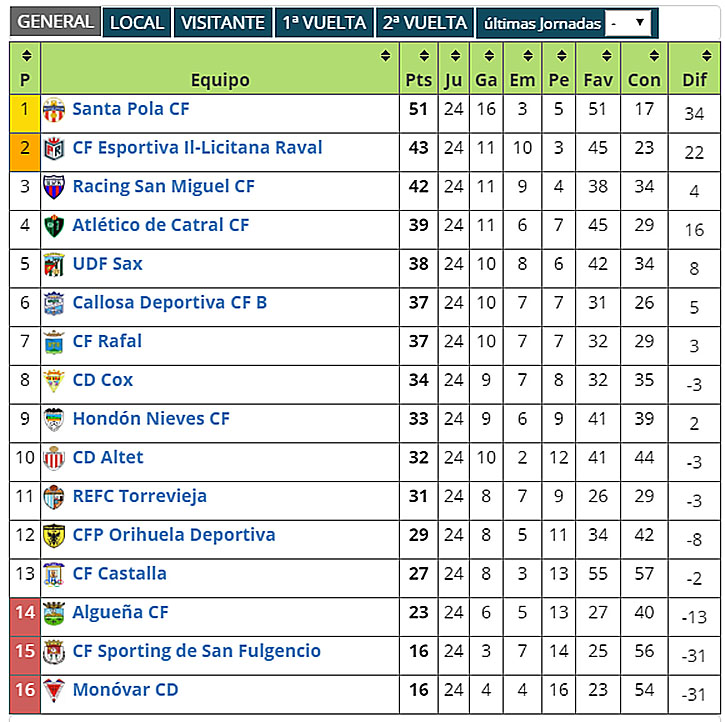 “The season has been amazing, only to be stopped by coronavirus. We had a dream, but were not allowed to complete it, in the uncomfortable situation of COVID-19.

“I am tremendously proud – but sad – that it was not possible to play in the play-off to the Preferential.

“We are warriors. The football is for the fans. And I thank them, along with everyone involved with the club.”