If you play casino games, you are more likely to lose than win. That fact is set in stone, and no casino operator could claim otherwise while keeping a straight face. However, the probability of winning will differ – sometimes dramatically – from game to game. This is, of course, well known to high-rollers and experienced players, who know that every percentage point counts.

But when we casually play casino games online, there is sometimes a bit more of a cavalier attitude; an acceptance that – it’ll either pay or it won’t. After all, you are playing (in most cases) against software, so what else can you do? For a number of reasons, this is the wrong attitude to have when playing online casino games. Below we will look at some of the factors you should be considering:

For some, RTP is the most important element for which to measure a casino game’s worthiness. RTP (Return to Player) is like a reverse house edge for virtual casino games. The higher the percentage, the more the game will pay back over time. Thus, if a game has an RTP of 99%, it will pay that back over time to the player, keeping 1% as a profit.

It’s worth remembering that the RTP of virtual games will reflect that of real games, however. So, if you have a look at the range of online blackjack at slotsheaven.com/ca/, for example, you will see the RTP figures effectively match the probabilities you would see (blackjack is considered a game with a low house edge) in a casino resort.

Even when it comes to a specific series of games, the RTP can vary. Playtech has a hugely successful series of slot games, Age of the Gods, but we can see that there is a distinction between Lord of Lightning (93.00%) and God of Storms (96.14%). That 3% might not seem like much, but it can be the difference between a winning session and a losing one.

So, if we can see RTP figures, why does everyone simply not pursue games with the highest percentage? Well, it’s a bit like comparing a coin toss to winning the lottery. We know that the latter is not a 50/50 chance, but we pursue it nevertheless. The point is that the probability of winning is not always more important to what you can win, and how you can win. In online casino games, this sometimes translates to a concept called variance. 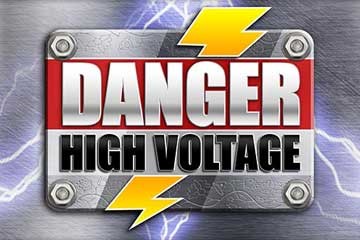 Variance, or rather volatility, is a well-known factor to experienced casino players. A game like Danger High Voltage (Big Time Gaming) is a high variance slot game. That volatility means it is capable of paying out massive sums even when playing for small amounts, but those moments are fleeting.

You could compare that with Starburst (NetEnt), which is low variance. Starburst’s payouts reflect the RTP much closer, and it’s a popular game, but it is unlikely to provide the wow factor of quite like a high variance game.

Above All, Don’t Make Basic Mistakes

Most shrewd shoppers would know not to buy basic products – let’s say, Duracell batteries – in a store like Harrods, as the same product is more likely to be available at a lower price elsewhere. There is a similar situation at casinos, where we are sometimes offered the same product – or what feels like the same product – for a different ‘price’.

The best example of this is American Roulette, which you can now play live at online casinos. A live dealer game uses a real dealer, roulette wheels and so on. However, you should remember that worse odds than European versions of the game. It’s got an extra zero segment on the roulette wheel, adding a few percentage points to the house edge. This has nothing to do with variance or anything else.

With American roulette, you are less likely to win. But it’s just one example. Before playing any game, especially live dealer games, do a quick search online to work out if there is a more generous alternative available.