It has been more than a month since the coronavirus had such a low impact in the Valencian Community, indeed 17 March when there was last such a low number of new cases. Figures released on Tuesday show that there have been just 60 newly confirmed cases in the Community in the last 24 hours as well as ten deaths.

Additionally there have been 90 people discharged from hospital.

With this data update, the situation in the Valencian Community today is as follows: 10,399 infected, 1,094 dead and 4,719 people who have been cured.

In the last 24 hours, nine cases of coronavirus have been registered among health personnel, but 54 discharges have also been notified, so that, today, there are 800 medical staff who are being treated after testing positive for coronavirus. So far, 835 have returned to their jobs after recovering from the virus.

The situation in the Community’s nursing homes is still serious, with cases currently in 101 nursing homes. In addition, 28 residents have tested positive in the last hours and 17 workers too. Likewise, the minister has confirmed that 33 residences are still under direct supervision of the Ministry of Health.

The latest data published by Ministry of Health shows a drop in new cases, with 3,968 confirmed in the last 24 hours, although the deaths have increased slightly by 430 to 21,282.

“There are several autonomous communities with a very low incidence and very close to a relatively controllable situation,” said Fernando Simón, director of the Centro de Coordination of Health Emergencies.

However, the main centres of infection continue to be Madrid, Catalonia, the Basque Country and Castilla-La Mancha due to the volume of infections and the number of deaths, but Castilla y León, Navarra, La Rioja, the Region of Murcia and Andalusia are also now of concern. 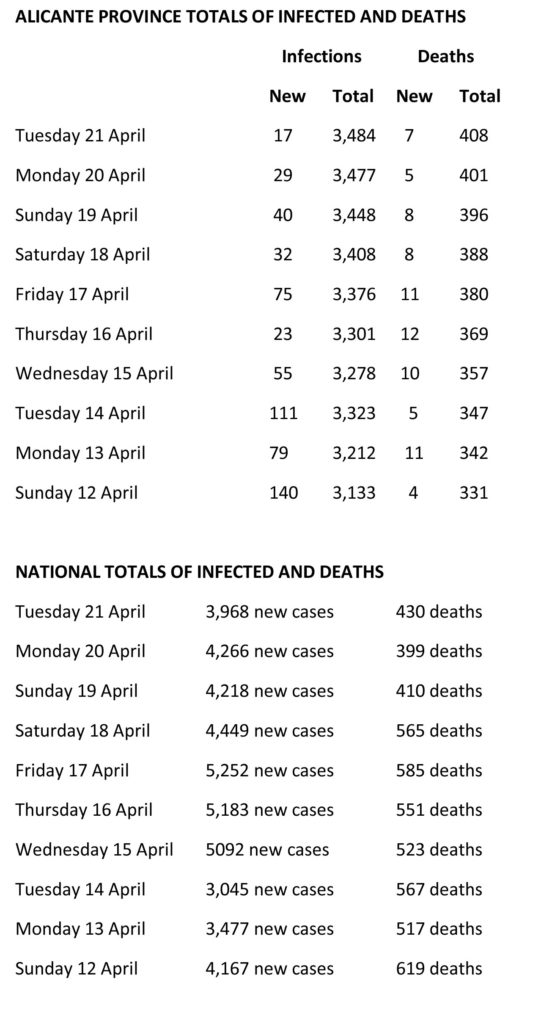