As coronavirus continues to spread, many new travel restrictions have been put in place, forcing airlines to suspend their services to certain countries.

British Airways, easyJet, Jet2, Ryanair have all cancelled flight into and out of Italy but on Saturday morning Jet2 announced that all flights to Spain would also be cancelled as the country went into lockdown.

This is a worrying development for the country as a number of other airlines could be set to follow.

Ryanair also announced on Saturday that there will be no flights to and from Georgia or from Spain to Montenegro until further notice.

At lunchtime on Saturday the situation with each of the major British and Irish Airlines is shown below although the situation is rapidly changing.

On their website, the company has also said they were implementing enhanced aircraft cleaning, including increasing cleaning teams and audit inspections.

Ryanair: Up to 25% of short-haul flights (mainly to and from Italy) from March 17 until at least April 8 in response to the government placing the country on lock-down.

Jet2 has cancelled all of its flights to Italy. Cancelled flights include Rome, Naples, Pisa, Venice, Verona and Turin and they will remain cancelled until at least April 26. On Saturday the airline announced that all flights to Spain would also be cancelled as the country went into lockdown. 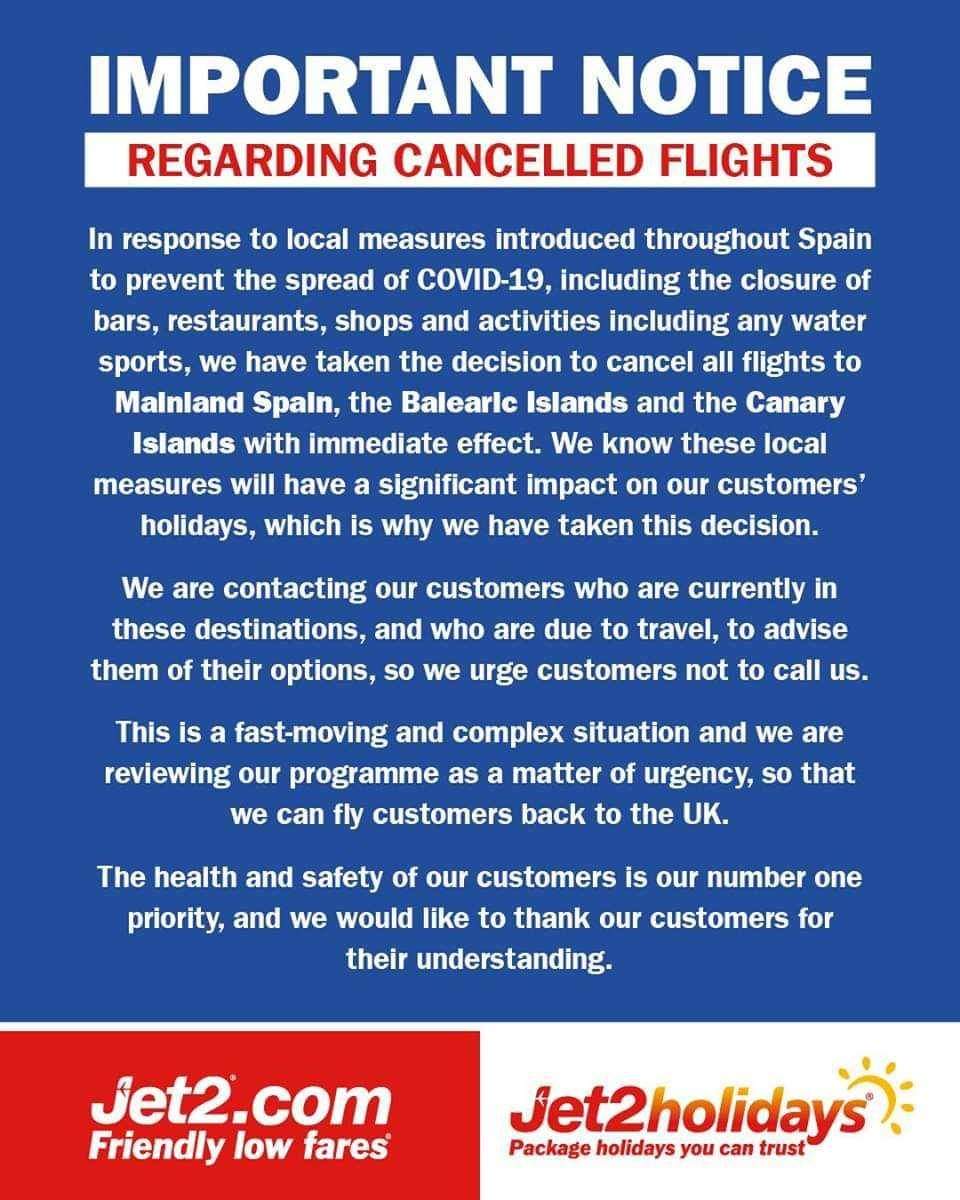 EasyJet has cancelled the majority of its flights to Italy. These include flights to Milan Malpensa, Milan Linate, Venice and Bologna airports. It will continue to review this procedure until April 3.

A number of flights to France have also been suspended.

The company is putting on rescue flights over the coming days.