“A provisional booking was made at Benidorm Palace for a Charity Aid concert in aid of ex-Service, with an offer of £10,000 arranged, along with accommodation for Dame Vera to perform,” Tony told The Leader.

“At the time the Mayor of Benidorm sanctioned an open air parade and a Civic Reception,” said Tony, former owner of Calpe Rock Shop, Alicante.

Dame Vera Lynn’s disappoinment was confirmed, after a letter from her husband Harry Lewis was received, saying she was unable to attend the Charity event, due to commitments. 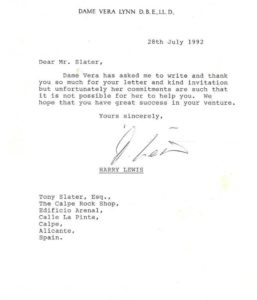 In the letter, dated 28th July, 1992, Dame Vera thanked Tony so much for the kind invitation – but unfortunately her commitments are such that it was not possible for her to help.

Dame Vera, known as ‘The Forces Sweetheart’ for performing concerts for troops during WW2, with favourite songs including ‘We’ll Meet Again’, ‘The White Cliffs of Dover’ and ‘There’ll Always be an England’.

Dame Vera has devoted much of her life to charity work connected to ex-Service and is held in affection by veterans. 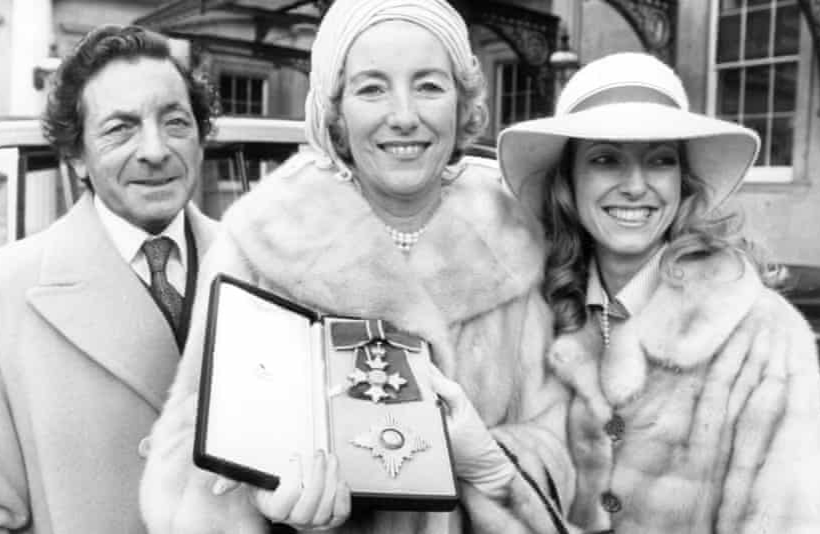 Speaking about husband, Harry Lewis, Dame Vera, who celebrates her 103rd birthday in March, said: “I still miss him – even after all these years.”