With only his second goal of the campaign, classy defender SANTOS (4) slammed home a late, late winner that cements Montesinos’ position atop the summit of the 2nd Regional Group 14 table.

In a tense and sometimes tetchy affair, it was Montesinos who drew first blood when a marauding wide run from MANU SANCHEZ (9) saw his cross flicked home by leading scorer GONZALO (22) for his 26th of the season. 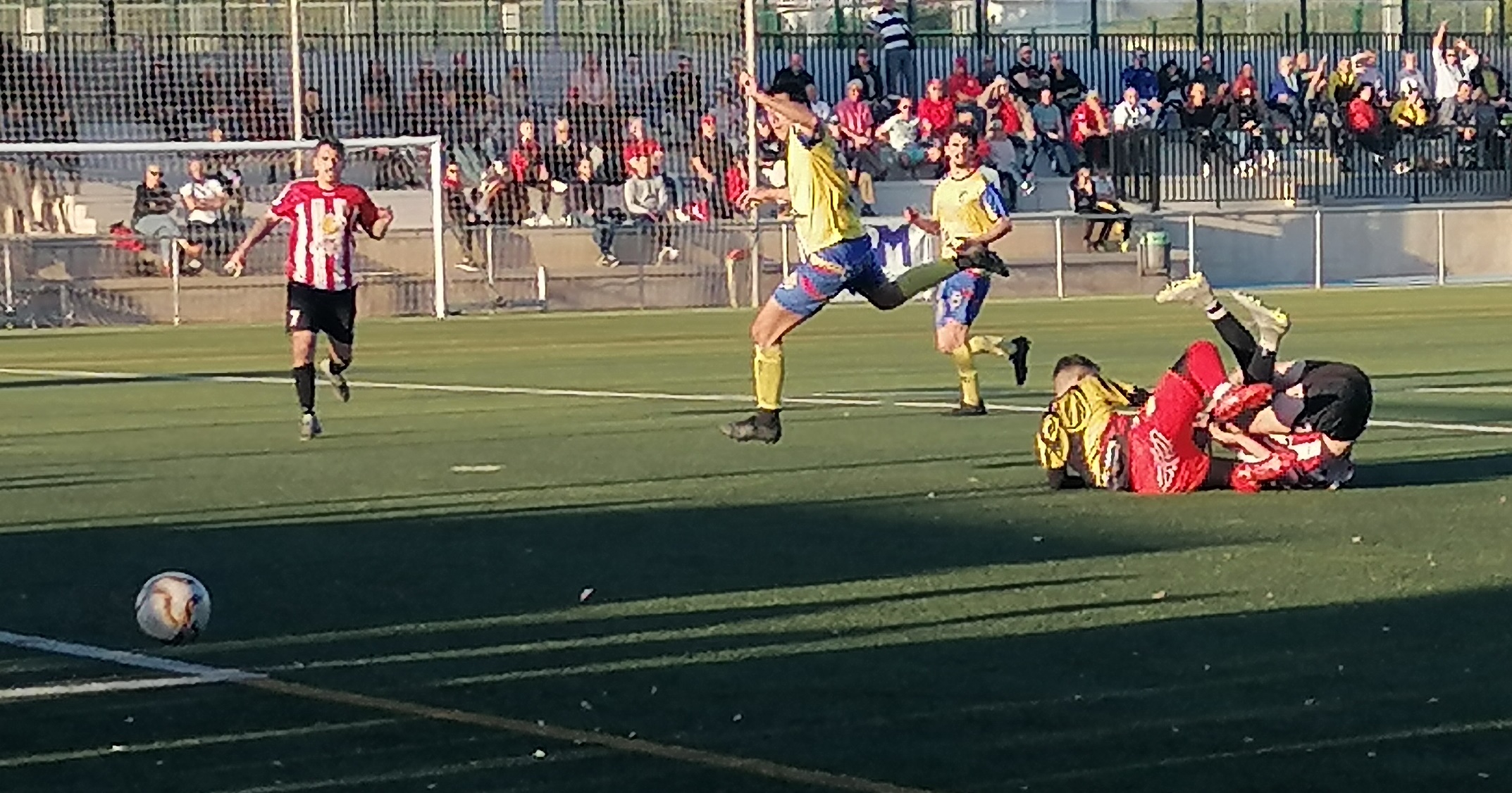 Disappointingly, but perhaps inevitably, the game then slipped into something of a midfield duel as both sides sought either an equaliser or a chance to further their lead. Roared on by a noisy crowd of almost 400, including a sizeable contingent of away fans, both sides blocked and parried thrusts, with some decent football on display.

Monte, to be honest, barely looked troubled, but as we know a one goal lead is a slender one. So it was, in the dying embers of the half, another hopeful rather than incisive, Albatera cross was inexplicably handled by a diving Monte defender in the box, penalty!

Spot kick duly despatched, the balance of the game seemed to be swinging in favour of their opponents. Still, all square at the break.

The “chess” game continued from the restart and for the bulk of the second half. Albatera played neat, pretty football in the first two thirds, but lacked real bite in their attack. Monte, for their part, looked somewhat lead-footed again, only showing brief glimpses of their natural, quick passing game. 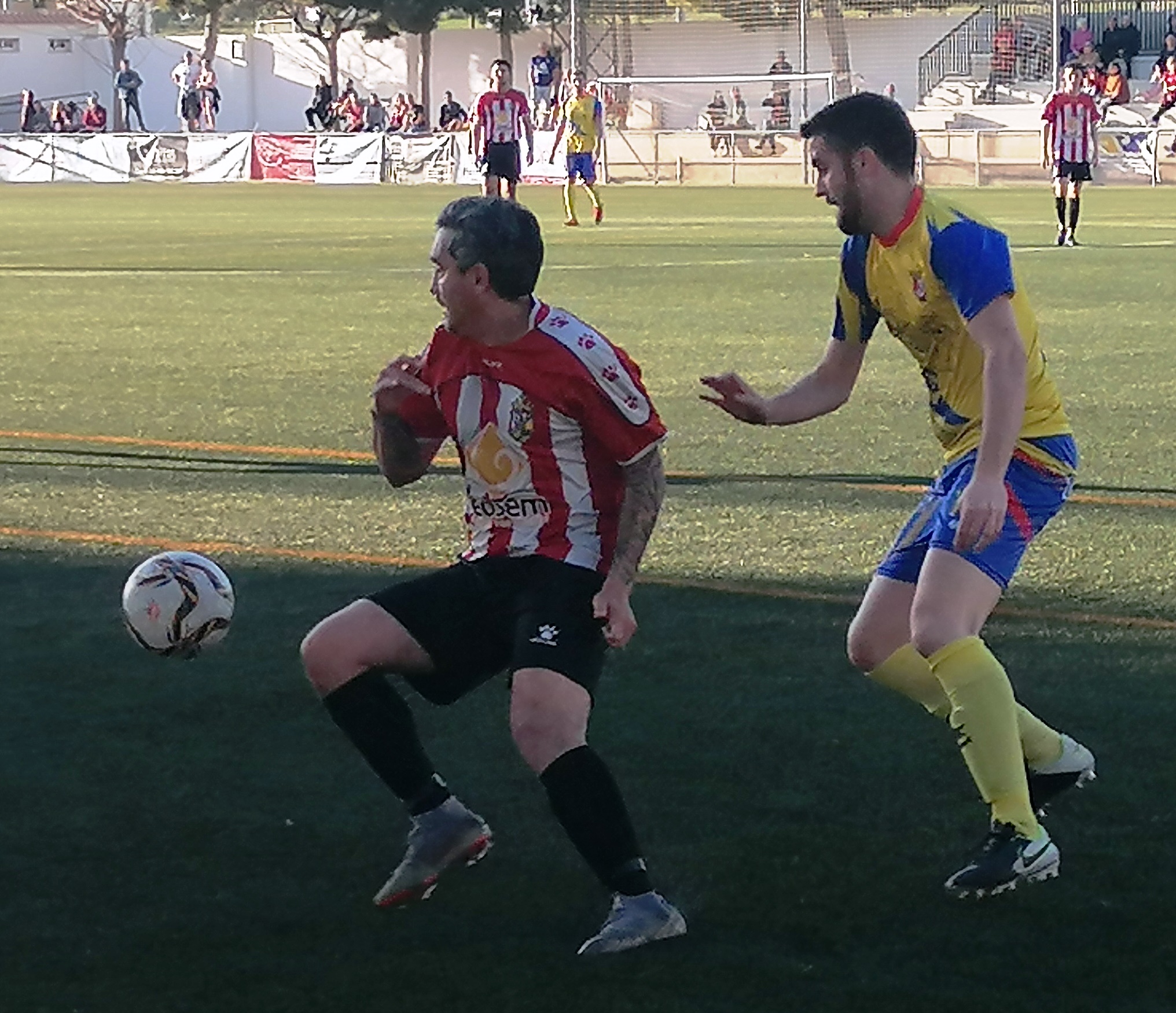 To casual observers and football aficionados alike, this was looking like the proverbial 3 pointer on the coupon. A slew of substitutions further disrupted the rhythm of the game. With time ticking away, it was yet another Santander management masterstroke that saw the introduction of mercurial wide midfielder MACCAN (23) to the mix.

As with previous performances Monte are developing a habit of scoring late to secure the points and so it was again.

Inevitably, MACCAN (23) was involved, when his balletic footwork from a free kick on the right resulted in a bullet-like cross into the fabled “area of uncertainty” where it was met with vigour by SANTOS (4) stabbing home.

The home faithful were ecstatic, the away throng cowed. Both teams and supporters alike had barely enough time to grab their breath and the man in the middle blew time on a just about deserved win, over a difficult opponent.

So, the mighty Monte machine rolls on, undefeated in 2020. Who can stop them? Is the title theirs for the taking? On this and recent showings, whisper it, this could just be their year!

Man of the Match selected by Charlie’s Sports Bar and Grill, was  24 ANDRES.

CD Montesinos are away on Saturday 7th March 2020, to play Atletic Benejuzar “A”, kick-off is 5.00pm. Travelling supporters to meet at Bar Rives at 4.00pm. The season isn’t over yet, so there’s no need to be complacent, we need your continuing support.

supporting and in association with the Full Monte and CD Montesinos