Boxing is not a glamorized brawl or fistfight. There’s a reason why it is called a sport. What may seem like two players trading punches and trying to knock each other out using their fists for audiences and outsiders, boxing entails a lot of training, hard work, and sacrifice in order for the players to meet each other in the ring. As an amateur boxer, you might want to ask if it is applicable to use boxing gloves on your first game.

Boxing Has Evolved from Bare-knuckle Fighting

Pugilism or bare-knuckle fighting was the predecessor of modern boxing since the 17th century. Although boxing historically had been around for thousands of years ago, the early boxing games had gloves made of leather or metal, which inflicted more severe bodily damages than bare fists.

Since the resurgence of boxing in the 17th century, it took several hundred years before an official rule for the introduction of boxing gloves was drafted. This is the historical Marquess of Queensberry rules in 1867.

From 1867 until the present, the boxing gloves have become indispensable equipment of this contact sport. Thanks to modern technology, selecting the best type of boxing gloves depending on your skill level has been made easier.

Nowadays, there are many reputable websites that offer the best boxing gloves to review articles. Beginners, amateurs and professional boxers have used resources from boxing glove review websites. With so many companies emerging as boxing glove manufacturers, it is best to receive accurate boxing glove reviews so that you can arrive with the gloves that suit your skill level best.

Also, with other sports like MMA, kickboxing and Muay Thai having their own glove specifications, it is good to know the distinction of gloves made exclusively for boxing.

Boxing Gloves Are for Your Own and Your Opponent’s Protection

Boxing gloves not only dampen the trauma to the head and body significantly they also prevent hand injuries from hitting hard parts of the opponent’s body, such as the skull, elbows, and hips.

Your hands are protected from fractures, which can keep you from playing the next game. Also, bruises, cuts and open wounds from direct fist contact with the body are greatly reduced when cushioned gloves are worn on your fists. When both you and your opponent wear gloves, both of you have lower chances of receiving blunt force injuries.

Wearing the Right Boxing Gloves is a Sign of Sportsmanship

Using boxing gloves shows your sportsmanship and love for the sport by wearing the appropriate equipment before the fight. Not only are you ensuring that the match will be fought fair and square you are also eliminating chances of you or your opponents having an undue advantage due to improper boxing gloves used.

There are different types of gloves you will need to use depending on the type of match and skill level that you have. Sparring matches require sparring gloves, which are designed to be heavier to avoid unnecessary injuries. If it’s your amateur debut match, you need to use competition gloves according to official regulations.

These gloves have a white painted area at the knuckles. This is commonly used in Olympic boxing matches. Lace-up gloves are used in professional boxing. This is the type of gloves you will be using on your professional debut match. 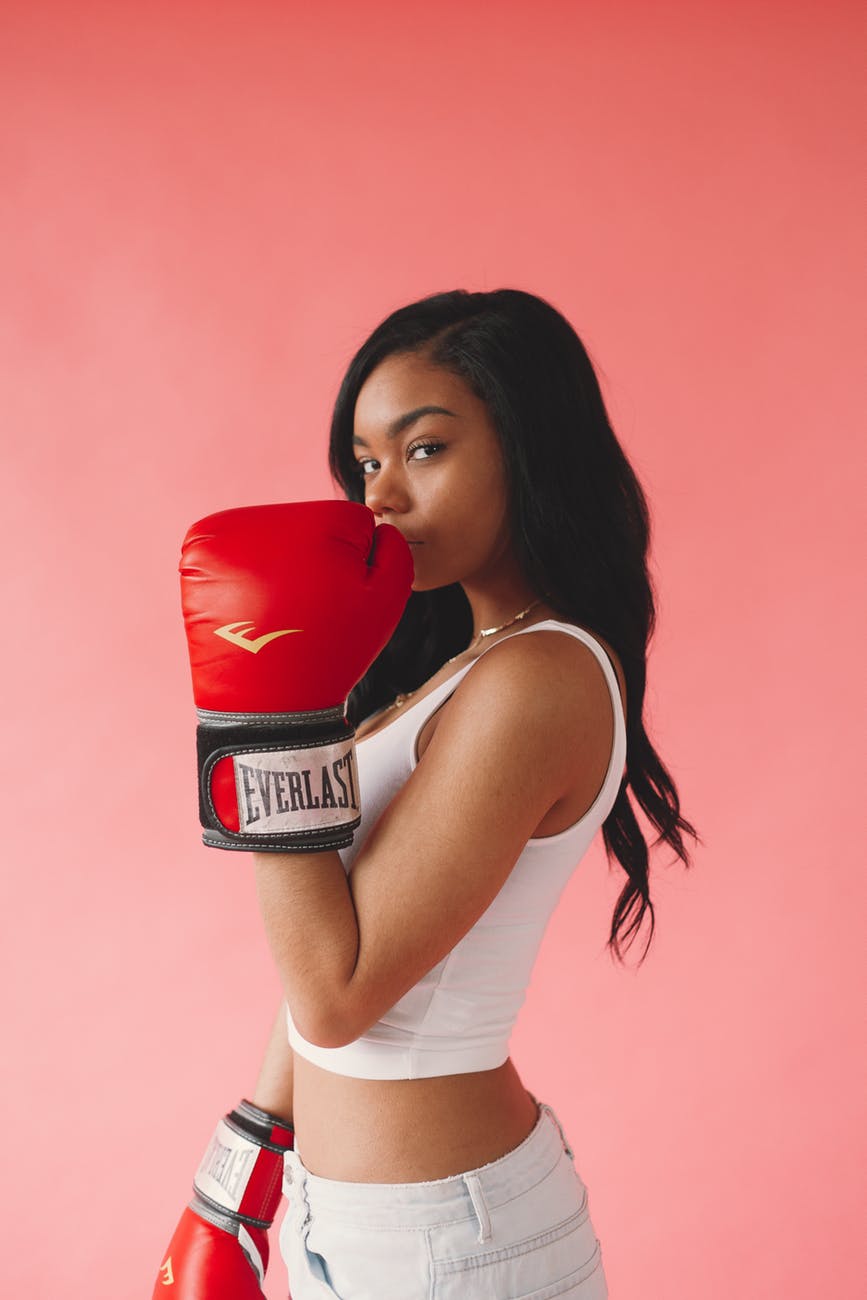 Boxing gloves are essential pieces of equipment that ensure the safety and fairness of the boxing match. It has become one of the most recognizable icons of the sport and should, therefore, be worn properly and appropriately. It’s not just about following the rules why you use boxing gloves. It’s also about showing your respect for the game.