Spanish Air Traffic Controllers are back in Court as proceedings commence on Wednesday, January 15, against 133 ATC that went on strike in 2010.

The strike lead to Airlines cancelling flights in and out of Spain after industrial action affected 330,000 international passengers.

At the time the Spanish Government declared a state of emergency – and threatened strikers with imprisonment.

ATC who reported being sick, en masse, were ordered back to work – or face charges and jail – under the Military penal code, if they refused.

Emergency cabinet meetings were called in the wake of eight Spanish airports, including Madrid, being closed across the Spanish mainland.

Fights from the Canary Islands, Portugal and Morocco, were cancelled.

Airlines including Iberia, EasyJet and Ryanair cancelled all Spanish flights during strike action.

Spain’s airspace was taken over by the Military – in an attempt to get flights airborne.

At the time Spanish soldiers,  not trained on how to use civilian airport equipment, were put in place to give orders to air traffic controllers who reported for work.

Travel association Abta said during the strike airlines had a legal duty to care for passengers, who were not able to return to the UK, as a result of the Spanish dispute.

Abta said at the height of the strike action thousands of British people were unable to leave Spain following  widespread cancellations.

Those caught up in the strike, heading to Spain, were offered either the option to re-book flights or recieve a refund.

British transport reportedly had no advance warning of the strike action. 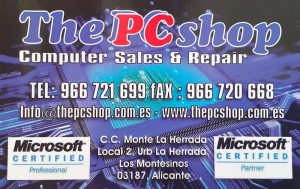 Passengers were left stranded at Alicante airport, in some cases for two days, as they awaited news to return to the UK.

During the strike Iberia informed passengers not to go to airports. Those already at airports were advised to return home, or book into hotels.

Ryanair were forced to cancel all flights to and from all Spanish airports – including the Canary Islands – along with Portuguese airports.

Some flights to and from Spain went ahead, but many Ryanair aircraft and crews were out of base – as a result of the walk-off by Spanish ATC, that lead to flights delayed or cancelled.

EasyJet cancelled all flights to and from Spain, the Canary Islands, Gibraltar, Portugal and Morocco.

At the time British Airways informed they would ‘minimise passengers disruption’ as a result of unplanned industrial action by air traffic control staff in Spain.

Passengers, due to travel from Heathrow, Gatwick, Luton Airport and Manchester saw flights cancelled due to the strike.

Controllers abandoned their posts – amid a lengthy dispute with the air traffic authority, Aena, over working hours and conditions.

The strike also came after the government approved measures to partially privatise Spain’s airports and hand over management of Madrid and Barcelona airports to the private sector.

Police provided blankets at Madrid’s Barajas airport to travellers who had not been able to find – or afford hotel rooms.

The strike brought to a head a year-long dispute, closing airports in Ibiza, Palma de Mallorca, Menorca and four airports in the Canary Islands.

The Public Prosecutor is reportedly looking to impose fines of between 60,000€-75,000€ – along with compensation for those affected during the strike.