Reach Out (Extienda la mano) is a Torrevieja based charity run by International volunteers from across the entire region. It provides support for the homeless, the underprivileged and for those who are badly in need.

The head office is situated close to the old Friday market in Calle Bella Antonia from where it operates a daily kitchen and canteen, a food bank, shop, warehouse and small workshop, as well as an office facility that takes care of the daily administration.

The organisation opened it’s doors in 2011 when Karolina Leonard first recognised the lack of local assistance for the most needy. It was formed mostly by English-speaking residents.

Supported entirely by volunteers, the main purpose of the charity is to provide, hot meals, breakfast and lunch for members of the Homeless community between 18 and 80 years of age, as well as assistance through a Food Bank to over 30 local families.

The homeless are also afforded washing and shower facilities as well as, free, clean clothing in order to maintain some degree of hygiene.

The families, meanwhile, are able to draw from a large range of items available from the Food Bank on a weekly basis, partially provided by the European Food Bank, which is administered by the Spanish Dept of Agriculture.  The Charity also provides hygiene products for families, soap, toothpaste, toothbrushes, toiletries, nappies, bleach and other personal commodities.

With no government funding the charity relies entirely on gifts and donations from the local community and with the onset of the cold snap, and with Christmas just over 3 weeks away, their need has rarely been greater.

On 3 separate occasions in the last few weeks the van used to collect and deliver foodstuffs, goods and furniture, has had it’s tyres slashed overnight, so with the advent of the ‘season of goodwill’ the funding available to the needy has been greatly diminished by the demand to purchase replacement tyres.

So it came as a pleasant surprise when Charity President Davy Young received a phone call from Ingela Björklund, Principal of the Costa Blanca Scandinavian School, asking if she could visit with a group of Business Studies students who wished to donate the profits from their business projects to Reach Out. 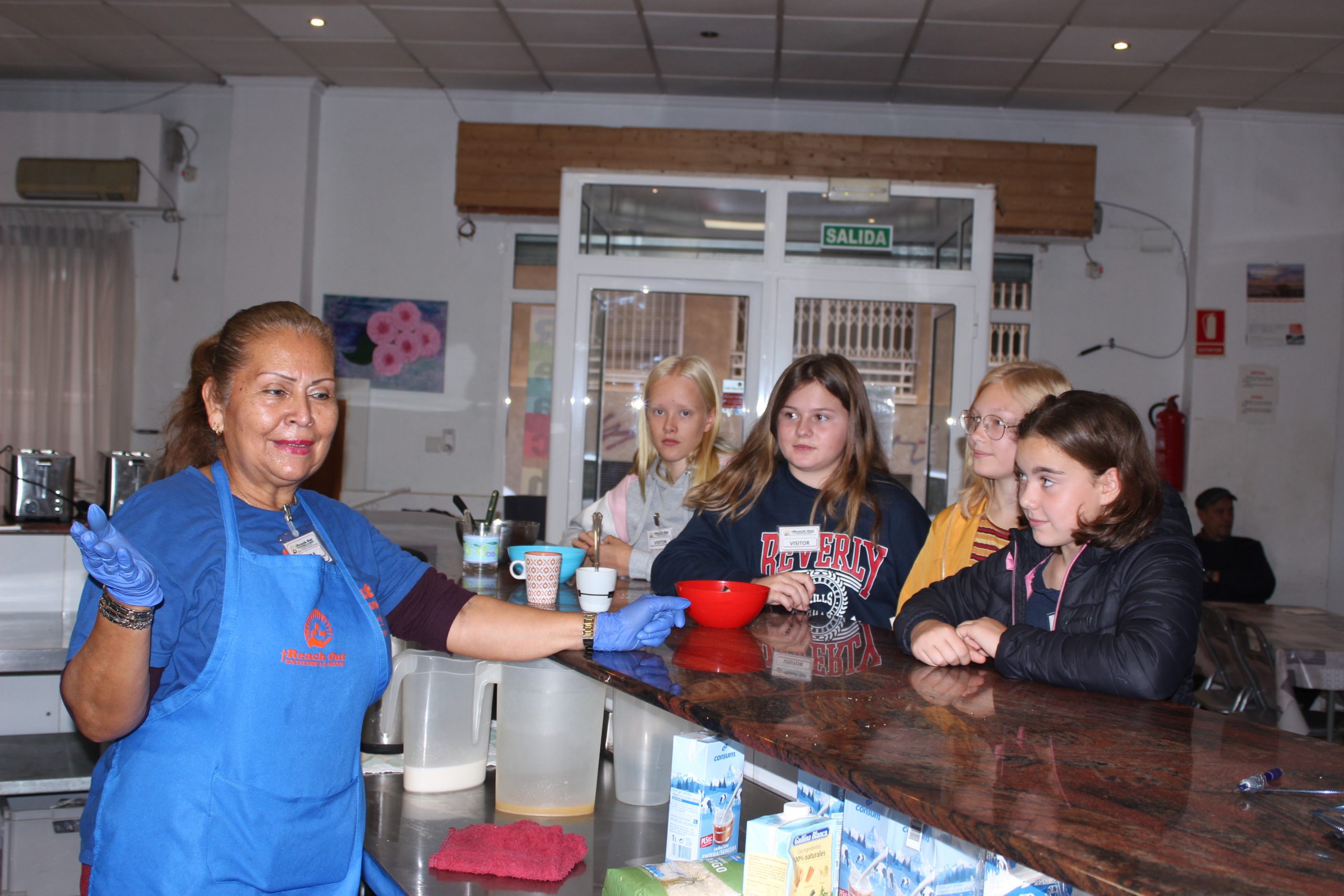 In order to find out more about the aid available and the business plan the children were given a guided tour last Wednesday. They were initially briefed by David who introduced them to one of the recipients of the many charitable services, José, who is currently living rough in Torrevieja. José explained how important the charity is to people in his position and how much an increasing number of the homeless and the needy are relying more and more on the assistance that it provides.

The students saw the kitchen staff finishing off the breakfast meal as they began to prepare for lunch. They were guided through the shop and the warehouse before ending up in the Food Bank where David explained the origin of the stocks and the procedure that families have to follow in order to receive supplies.

Principal Björklund promised that having seen the charity operating at first hand the students would now be even more motivated with their projects and in generating maximum profits from each, which will then be donated to Reach Out following a bazaar to be held at the school on 4 December. On leaving they presented the President with a number of gifts as a measure of their goodwill. 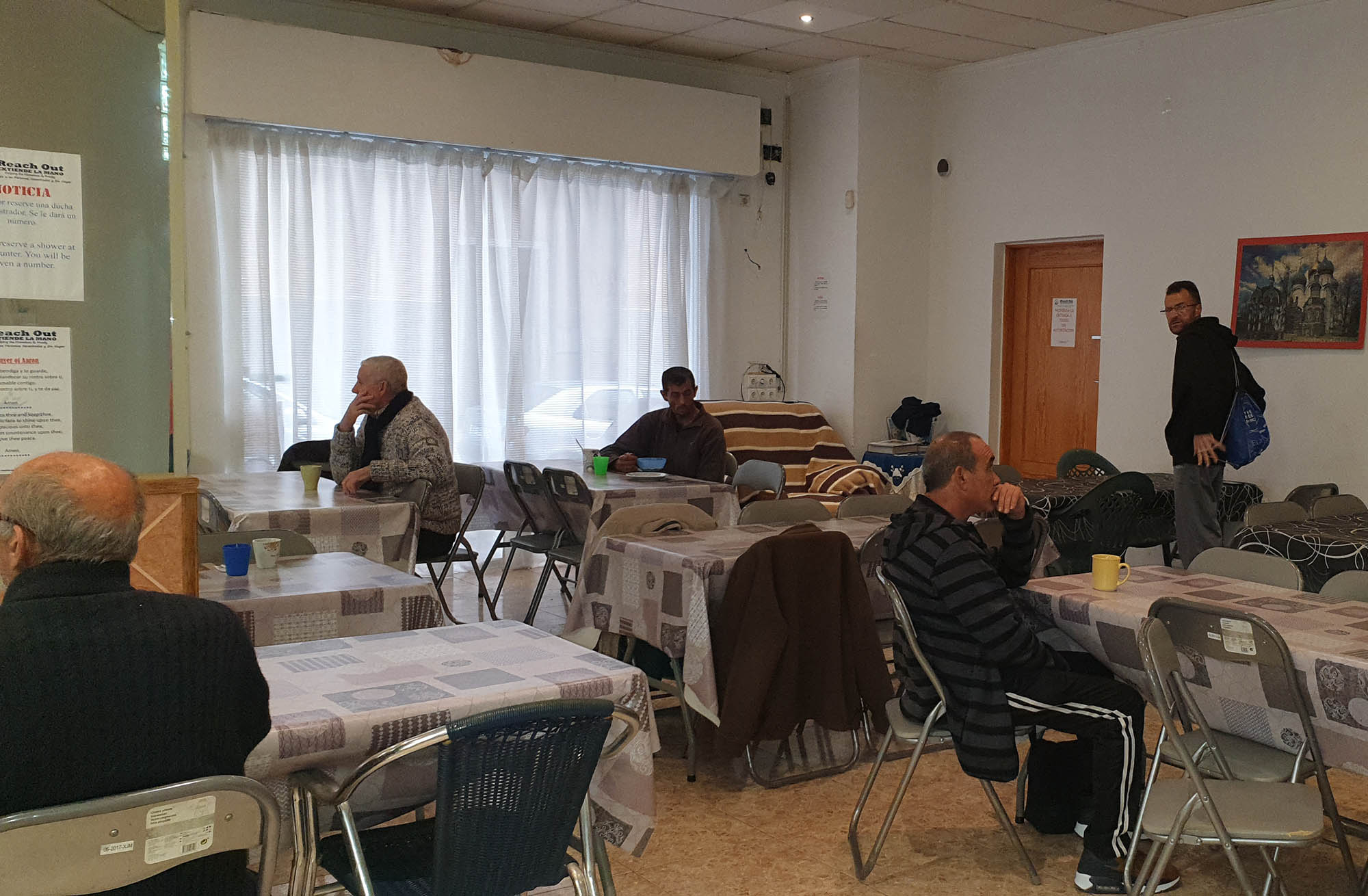 The volunteers at Reach Out really do try to help everyone in need, irrespective of race, creed or status, by providing basic food, clothes, blankets/linen, household items and furniture but they are an entirely voluntary organisation, and 100% of all donations will be used to benefit the homeless and poor. 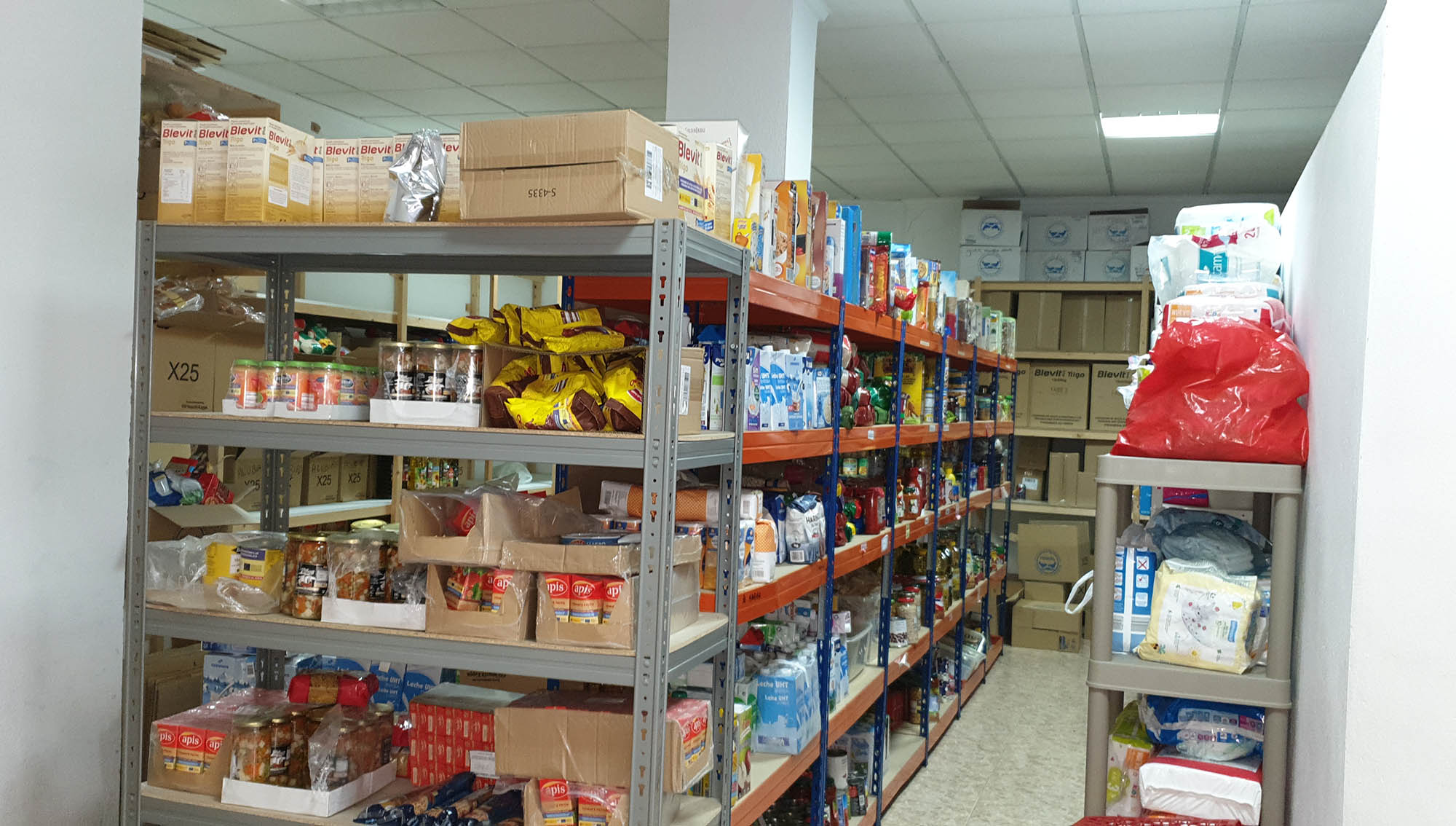 Their shops have a great variety of clothes and bricabrac at very reasonable prices, so if you are looking for furniture, electrical or household items,  do go along to Calle Bella Antonia 1, Local 4, open on Mondays – Fridays from 10:00am until 2:00pm or Calle Doña Sinforosa 8, also open Monday, to Friday 10:00am until 2.00pm.

And just as important as the donations are the volunteers who are also urgent required, so even if it is only for a few hours a week, if you can help this most deserving of local charities please contact the office on 965 71 3063 or Davy Young on 650 735 845.