This year the Poppy Appeal is aiming to raise over £50 million to help support serving and ex-serving members of the Armed Forces community and their families. To help reach that target, over 150,000 volunteers were out on the streets, markets and in shopping centres across the UK and many European countries including here in Spain.

Although local branches have been busy raising funds for those ‘needy’ ex-servicemen and their dependants since the beginning of the year, their activities have increased dramatically in recent weeks as they set out on their final fundraising ‘efforts’ of the year with the ‘Poppy Appeal’ in the knowledge that all of the monies collected will be used to support cases here in Spain.

Currently the members from 28 branches, 12 on the Costa del Sol, and the remainder from the areas that make up Spain District North, predominantly the Costa Blanca, Calida and Almeria, have also been busy during recent weeks, collecting your thousands of donations.

With poppies and collection boxes distributed to over 600 bars, restaurants and other locations across the region, the four local branches mobilised their ‘armies’ of volunteers, in Mid-October.  They were active at Alicante airport, as well as pounding the streets at local markets, supermarkets and shops, in addition to many dozens of other venues and collection outlets.

Last year the Branches in La Marina/Gran Alacant, Hondón Valley, Torrevieja and the Orihuela Costa, raised over 80,000 euro, an amount which they will be hoping to surpass when totals are tallied up in the coming days.

The appeal in Spain North was launched by District Chairman Don Cubbon and the mayor of Benidorm, Antonio Pérez, on 18 October, a little earlier that the UK. 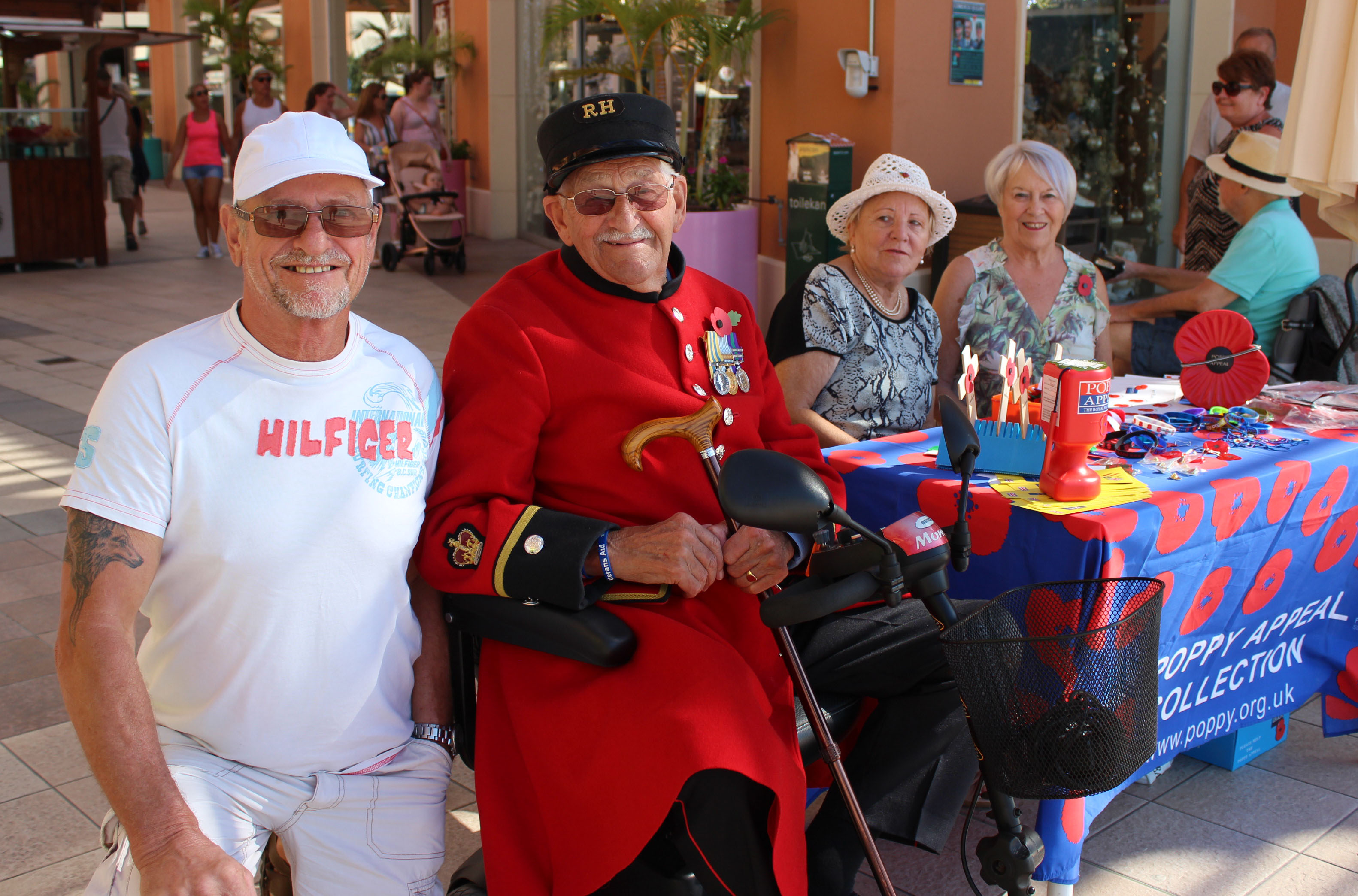 On the Orihuela Costa it was boosted by the presence of two Chelsea Pensioners, Wayne Campbell and Skippy Teasdale, who were collecting at La Zenia Boulevard and in the Plaza at Villamartin. Neither of the two venues have been used for some years but the amounts collected in both locations suggest that they will, in future, be important additions to the annual list, as also will all Overseas Supermercados stores who were once again kind enough to allow collectors to sit inside their entrances.

In some branches many of the poppy collection tins are still to be emptied and the monies counted, so the final figure for the District will not be released for some time, however the major Orihuela Costa and District count took place yesterday, Sunday’ at the Olympia Restaurant in Mil Palmeras.

When speaking to the Leader, local appeal organiser Eddie Coleman seemed in buoyant mood. “We have done most of the counting but we still have the banking to do. I hope, nevertheless, that we will have the final figure in the next couple of weeks,” he said.

“Our volunteers have been amazing and we raised just under 50,000 euro last year so anywhere approaching that amount will be an excellent achievement. Watch this space!”

Spain District North has 16 Branches and all of them arrange regular and varied social events, as well providing support to our beneficiaries. Local Branches meet in Gran Alacant, Hondon Valley, Torrevieja and on the Orihuela Costa. New members are always welcome and you do not need to have an Armed Forces background to enjoy all the Branch has to offer.