Fire Station Black Watch top the first division of the Torrevieja Winter Pool league – after racking up wins in their opening four games of the 2019-20 campaign.

Brittania A are hot on the leader’s heels, having chalked up three wins – with a game in hand – sitting second.

Santana A are also amongst the leading pack in third spot, with three wins in four games.

In the second division Terrazzo top the table, with three wins from four. Vista are second, having won three, with The Courtyard A in third place, racking up two wins in four.

Irish Abbey sit mid-table, with two wins in three. Santana B and The Oasis have chalked up a win apiece, with The Courtyard B and Mickey’s Bar, joint bottom, without wins. 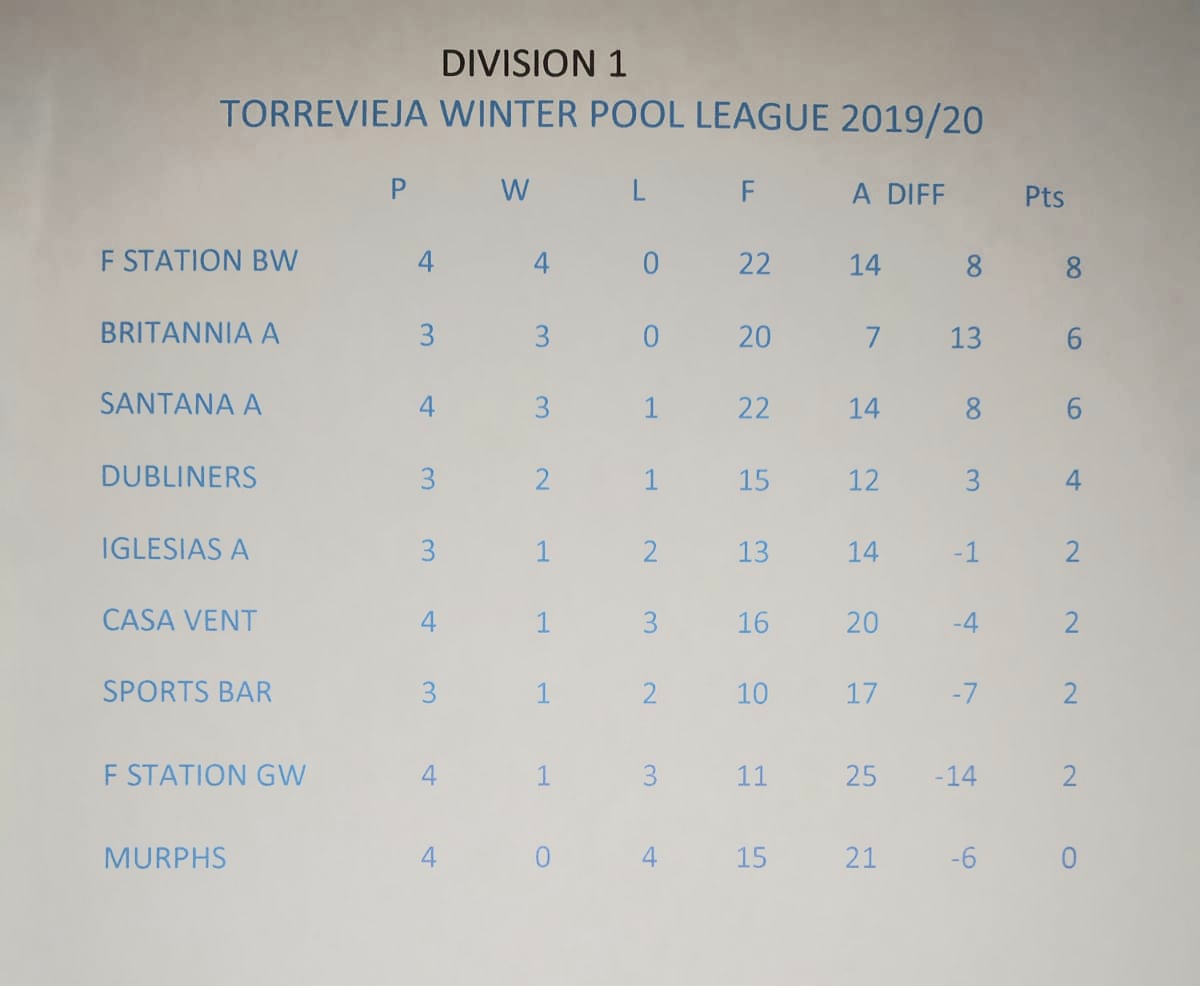