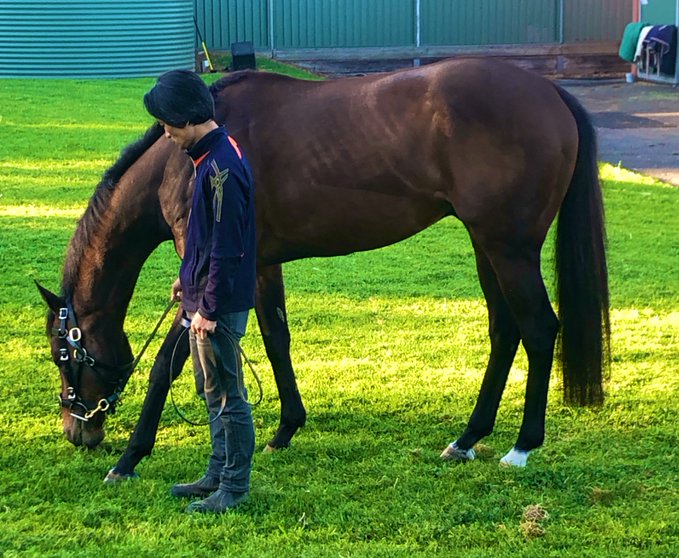 Magic Wand, ridden by Ryan Moore, the daughter of Galileo, has finished runner-up at Group 1 level in her last two starts.

Danceteria will be ridden in the 99th edition of the Cox Plate by Jamie Spencer.

“I have walked the track, and I’m pretty happy with the draw,” said trainer Menuisier.

“The horse has done his final piece of work which I was very pleased with. He seems very well in himself,” said Menuisier.

“It’s quite difficult to line up all the form – I don’t know the strength of the opposition – but if he runs up to his best and there are no hard luck stories, I am confident he will run well,” said Menuisier.

Lys Gracieux had been the 5/2 favourite for the Cox Plate, but eased slightly in the market after drawing gate 15; whilst Kluger – who finished runner-up behind Winx in his only previous start in Australia – will break from stall nine.

Just one international raider – the O’Brien-trained Adelaide, in 2014 – has won the Cox Plate, which in recent years has been dominated by the recently-retired superstar Winx.

If Dream Castle does not get a start in the Cox Plate, he will instead compete in the Group 2 Schweppes Crystal Mile (1600m), a race which is also set to feature Danceteria’s stablemate Chief Ironside.

Magic Wand’s stable companion Hunting Horn, who holds an entry for the Lexus Melbourne Cup at Flemington on Tuesday, November 5, will also run on Saturday in the Moonee Valley Gold Cup.