First round draw for the K.O. Cup was undertaken this week at the Tipsy Toad. Just two matches feature, to be played on October 31st, the remaining 14 teams have byes. Should be some fun and games at the ” Toad ” and ” Chemies “as in case it’s gone unnoticed, it’s Halloween or All Saints Eve if you prefer. A perfect opportunity for captains to arrange friendlies?

A thumping 11-1 home victory against Trinity keeps El Capitan firmly in top spot after 3 weeks. The ” Pirates ” only success coming via Ron Chadwick D16 in the 3rd leg trebles. At that point Trinity must have thought a result was possible. The remaining 9 matches however went the way of the league leaders in a barrage of scores including 2 x 180, courtesy of Shane Denness and Eddie Klimonis, my hasn’t Eddie improved over the last season or two?

Hi Life welcomed the ” Loungers ” from Chemies to their first home game of the campaign. The hosts edged the trebles 2-1 only for loungers to level after some very consistent scoring from Blilly Dolling and Tony Spiers.The remaining 2 pairs went to the hosts, Hi Life owner Gino Rouzee racking up plenty of decent scores to include a 140, partner Sandra Crabbe outing on D10, making the half time score 4-2.

Les Adams 100, 121, and D10, D4, increased the score to 5-2 in the opening singles. Rouzee continued his fine form with a D20,D2. The hosts 6-5 up with one to play relied on skipper Roger Phips to take the match and points. MOTM Rouzee and Dolling.

A 134 in the 5th from Durrant was complimented by partner Bob Taylor finishing on D18 and D16.An indifferent closing 6th pairs should have gone the ” Lads ” way, Andre Wing 101, 125, and Ben Lane D20, not taking any advantage of their opponents poor finishing, Miller going out on D1 twice, sums up the leg.

Harrison D8,D8, earned the Hub both points, despite not recording a ton, opponent Karl Mallinson 100, 123 and a D4, not quite achieving his usual form. Mark Lynne, 100,100,closed the match on D2 against a luckless Taylor for the ” Lads ” fourth singles, the match lost in the first half, just the lone doubles victory. Lads MOTM  unquestionably Sierra, great performance, Durrant for the Hub.

Milo’s gained both points, winning the required 7th after only 8 legs, courtesy of Dennis Byrne D1, in their encounter with the Chicks of Chemies. The visitors opened their account with a decidedly dodgy out of D20, T18, D2, what Paul Annakin was aiming for is anybodys guess, but the important 3rd arrow did go where it should.

Outs from Milo Byrne on D20, D10, gave the away team a 3-0 advantage, the same player making it 0-5 on D8. Andrea Kelly stopped the rot and blushes on D14 for a 1-5 score at the halfway point. The next four went to Milo’s for 1-9 . With 2 legs remaining the Chicks finally got their act together winning via Wynne McTavish D10 and Sue Collier D20. MOTM Milo Byrne and Winnie.

The Hellraisers hosted their first home game of the season against the Chicks of Ale House.. The trebles were closely fought, the ” Raisers 2 just edging it after 3 on 2-1. Captain Cheryl McGlynn taking the first. Gill McCarthy finally hitting the dreaded D1 to go 2 up.

Linda Sharkey reduced the deficit, nailing D8 with her second arrow. All 3 pairs went the hosts way Sue Spiers D3, McCarthy D4 and Linda Davies D1 for a commanding 5-1 advantage before the break and  captains delicious chicken and broccoli bake, however no mention of Cheryl’s superb cakes for dessert. Standards slipping down at the Hub. Chick, Paula Kenyon, resumed the match and making it two for the visitors on D5.

Any thoughts of a revival were short lived however as McCarthy D20 and Davies D1 made it seven for the Hub and 2 valuable points. Sharkey pulled one back on D2 against a high scoring Les Dolling, giving the Chicks three, only for Spiers and McGlynn completing the match both on D1.  MOTM  Gill McCarthy and Yvonne Richardson. Linda Sharkey a close second.

Some magnificent scoring in the league this week to include a further 2 x 180 from Graham Solomon ( Toppers ) and Lee Walters ( Las Rosas ), Obviously the new dartboard at home is working Mr Solomon. 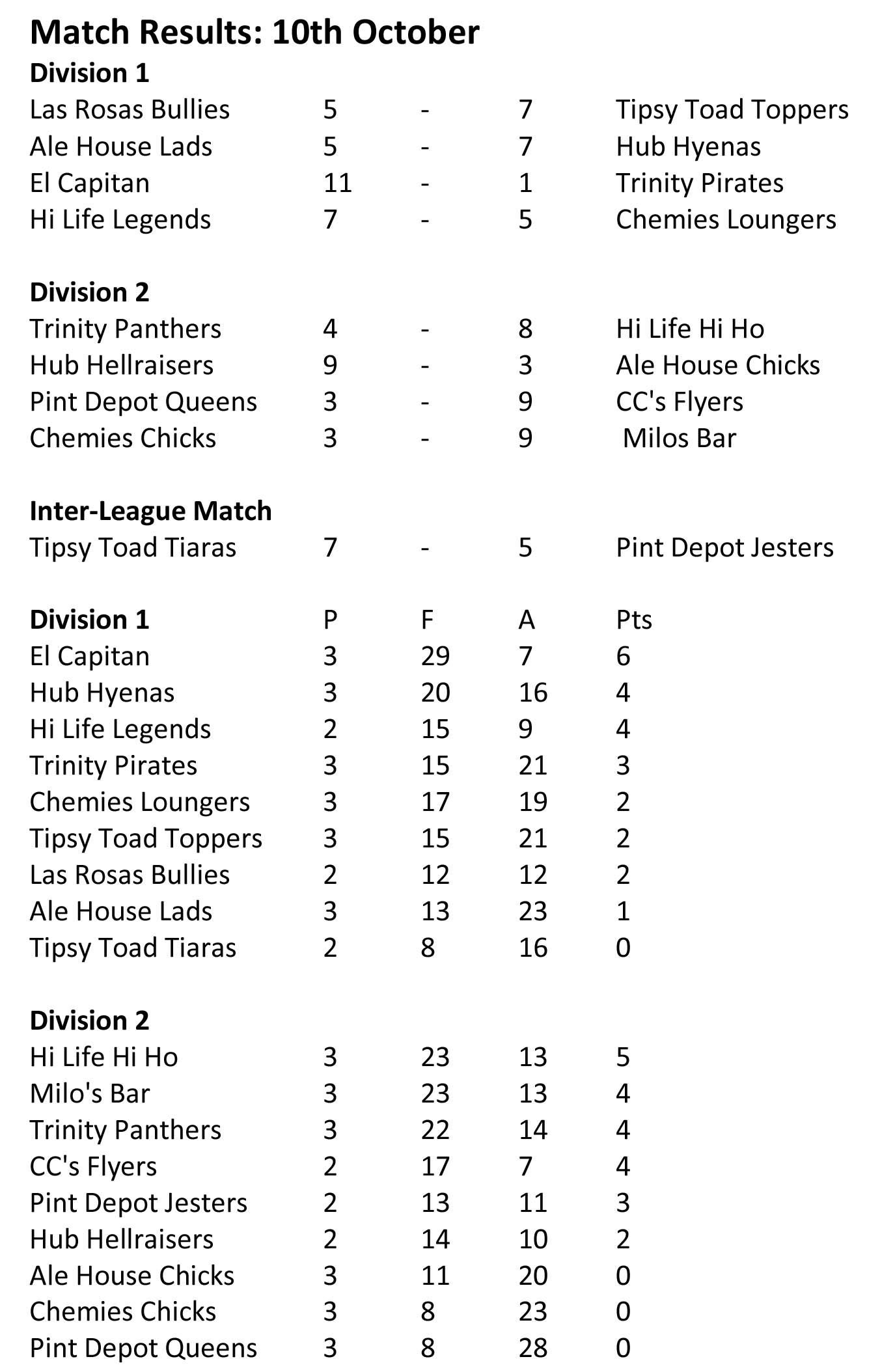 Featured player this week is none other than league secretary Simone de Lacy ( B.Sc. R.P.S.G.T. , E.S.T. ), not many have an alphabet after their name , smart lady. Born in Wimbledon, Simone spent many years there but refused to pick up a tennis racket, much preferring other pursuits. 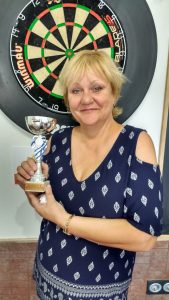 Nowadays darts takes up much of her spare time turning out for Tipsy Toad Tiaras, Gap Ladies and Bar Liquid plus plenty of practise with other half Phil. Leisurely strolls for them both, preferably downhill, take up any remaining spare time. Prior to her nine years in Spain she achieved consultancy status as a Clinical Physiologist and director to include sleep and respiratory services at both Guys and St Thomas hospitals in London.

Over here ( l don’t know where she finds the time ), she is still active in sleep technology via her ex Presidency and directorship in the same field. Bet Phil doesn’t suffer from insomnia.

Simone boasts 4 cats and a dog at home and enjoys time with her 4 grandchildren and 2 sons. Also listing skiing, badminton and Tourettes as keen interests, the latter very useful when chatting to her favourite dart player Alex Nikolov.

128 random drug and alcohol tests on drivers taken in Torrevieja