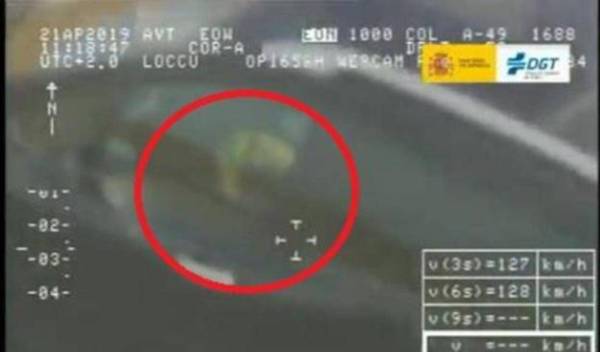 The DGT has published a video recorded by one of the Pegasus equipped helicopters, which shows a driver concentrating less on the road, and more on the puzzling dilemma in his hands.

In the footage we see that the driver has taken both hands off the steering wheel in order to manipulate a Rubik’s Cube.

The footage was taken a few months ago but released this week as part of a campaign raising awareness of how distractions when driving are dangerous.

In 2017, distraction appears as the primary contributing factor to fatal road traffic incidents by 33%, ahead of speed and alcohol, which is 29 and 26% respectively.

The distractions campaign is on now with as many officers as are available keeping a watchful eye on the roads, paying particular attention to those using their mobile phone, listening to loud music, engaged in deep conversations, eating a full meal, doing their makeup, and even playing games, all of which are common occurrences. All of which have potentially deadly consequences, quadrupling the chance of being involved in a serious or fatal incident.

The distractions campaign is part of a Europe-wide operation being coordinated by TISPOL, the European Traffic Police network.