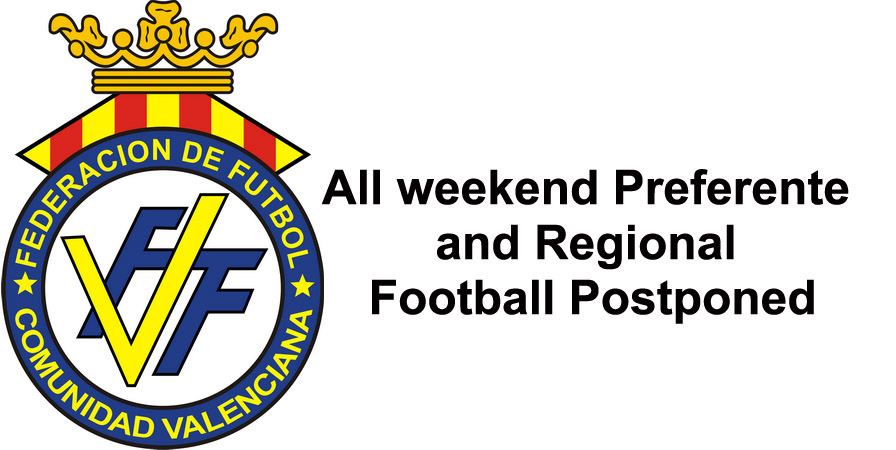 By Andrew Atkinson Chief Sports Editor
THE Valencia FA has postponed the weekend’s football fixtures – including the Valencia Regional Group 1 and 2 – in the wake of the Gota Fria that hit Spain.

An announcement was made, due to the severe flooding in the Alicante province and Murcia regions of Spain.

“Due to inclement weather and based on the official weather forecast of AEMET, the State Meteorological Agency, the FFCV has postponed games,” a spokesperson told me.

Fixtures postponed are in the following categories: Group 4 of Regional Preferente; Group 8 of First Regional.

The FFCV also suspended all matches on September 13, throughout the Valencian Community, including the friendlies authorized by the FFCV.

Fixtures on Saturday September 14 and Sunday September 15, and friendly matches were suspended throughout the province of Alicante.

“The FFCV will also postpone specific meetings in the area of La Vall d’Albaida (Valencia) that were to be held Saturday or Sunday,” a spokesperson told me.

The FFCV have arranged postponed fixtures to be played on October 9, unless the relevant clubs have a game on that day.