“It is so sad – and I feel helpless,” Marta exclusively told me from Italy.

The storms that devastated regions of Spain, the biggest in over a century, lead to ‘close down’ of towns and cities throughout Alicante and Murcia.

“Something similar happened three years ago – but this time it has created even more damage,” said Marta. 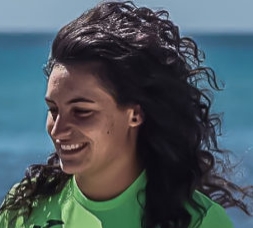 Marta is particularly worried that her grandparents are safe in San Javier: “My grandparents have been hit by the storms once again – and have lost everything, but safe,” said a tearful Marta.

The Mayor of Los Alcázares, Mario Pérez Cervera, called for assistance in evacuating residents of the Municipality – as the region became one of the worse affected areas in Murcia.

In San Javier, San Pedro; Cartagena and towns in the Campo de Cartagena were closed, due to flooding.

The EMU attended the scene, along with a helicopter and the Army – to rescue trapped residents.

“We worked for hours to evacuate, but the municipality was practically flooded,” said Mayor Mario Pérez Cervera.

Dozens of residents were evacuated, as the biggest storm since 1917 continued.

San Javier was hit by severe flooding three years ago, and the Mayor added: “The storm is three times worse than the floods of 2016.

“The storm this time has hit all of Los Alcazares.”

A Ayunmiento de San Javier spokesperson said: “The people are the key to the recovery of San Javier.

“If you have been lucky enough not to be affected by the floods – help your neighbours.”

“It is an authentic catastrophe – that is repeated. It’s incredible,” said Marta, speaking about the devastation, ahead of the Serie A 2019-20 season.