The LeaderPutting YOU at the Heart of the Community
Sign in / Join
Subscribe
Home Local ROCKING ON! 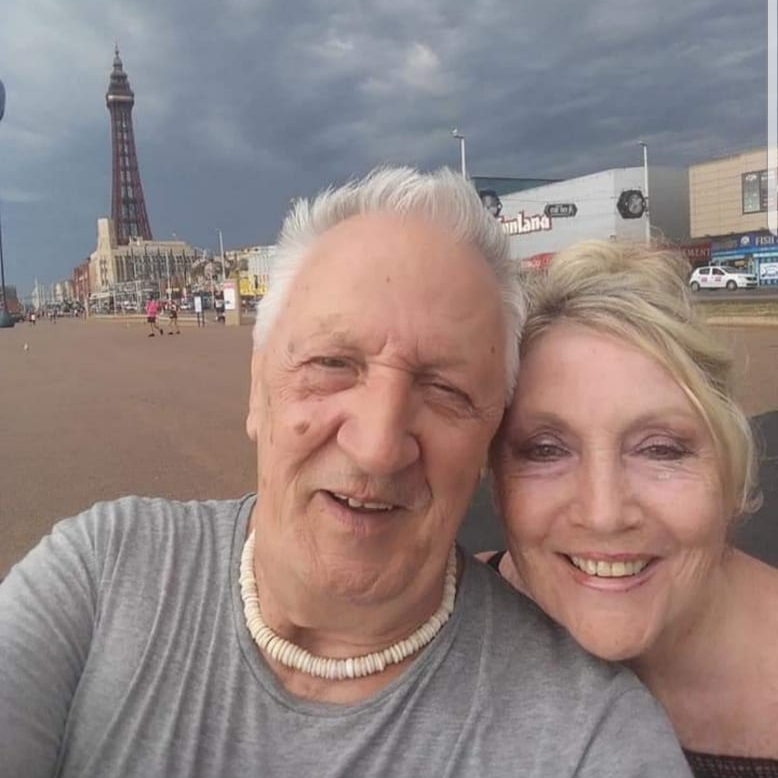 ROCK ON! – Madrid born musician Esteban Fernandez and his Manchester born wife, singer/dancer Norma, returned to Spain this month, after a summer vacation in England.

Ukulele legend Formby’s hit ‘With My Little Stick of Blackpool Rock’ was censored by the BBC in 1946, due to innuendos.

“It was the best present we could have bought Andrew – sticks of Blackpool rock!,” said Norma, who joined the circus aged 15, as an aerial ballet star, became a dancer in Italy and Turkey, and also lived in Casablanca, Morocco, during a star studded career.

“In the ballroom I went dancing each night. No wonder every girl that danced with me, stuck to me tight”.

A memo from the BBC, dated 1946, said: “George Formby knew that certain lines in the lyric must not be broadcast.”

Upon receiving the sticks of Blackpool rock, quoting a famous phrase of Formby, who died in 1961, Andrew said: “It’s turned out nice again!”.

Norma and Esteban Fernandez with Andrew Atkinson in Los Montesinos, Alicante, with sticks of Blackpool rock!

Greyhound racing back in the fast lane

Percy’s Ramblings – The X-ray and other musings