The LeaderPutting YOU at the Heart of the Community
Sign in / Join
Subscribe
Home Sport Horse Racing SPENCER ON A (SPANISH) MISSION IN $1M WIN! 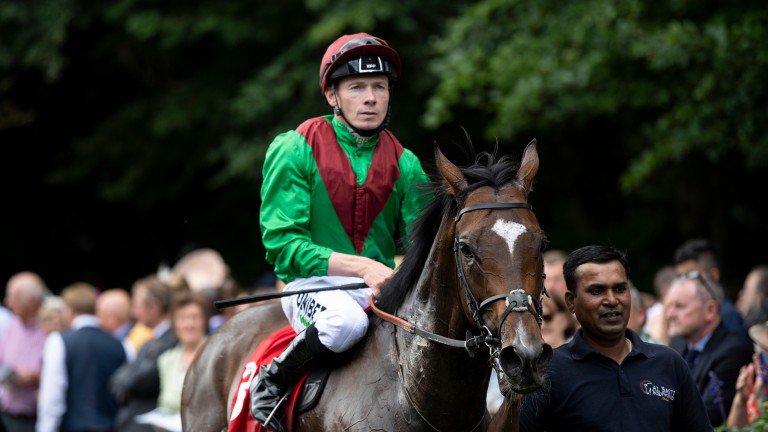 Spanish Mission, 21-10 favourite, trained  by David Simcock, was held up in the 1m 4f race, with Spencer making a move at the two furlongs post, to stay on strongly in the closing stages thwarting Pedro Cara by a nose.

“He didn’t break – but I was happy – as he was relaxed and found his rhythm. Going into the final turn he was giving me all he had,” said Spencer.

“I dropped my right rein and I would have been mad with myself – had we lost. He finished strong, and was a very game horse,” said Spencer.

The race is a ‘Win and You’re In’ event – for the Breeders’ Cup Turf on November 2.

However part-owner Barry Irwin said Spanish Mission would return to Europe – before heading to Australia – for a tilt in the Melbourne Cup in 2020.

“He’s a good horse. And I think he’ll get better with age. We’re looking at the Melbourne Cup,” said Irwin.

The post SPENCER ON A (SPANISH) MISSION IN $1M WIN! appeared first on Horse Racing News and Tips.