Rojales has one of the most unique attractions in the province. The gallery in the Cuevas del Rodeo is the resource that, through art, looks out over the Vega Baja. Among the fifteen caves that make up this facility of cavities, whitewashed facades and blue doors and gates, the ArtNGround residence stands out above all the rest. The German born sculptor Jennifer-Virginia Rotter is he manager.

In the eighteenth century the first caves were excavated in the mountainous area closest to the urban centre of Rojales with potential dwellers looking for the robustness that houses built from reeds and mud lacked. 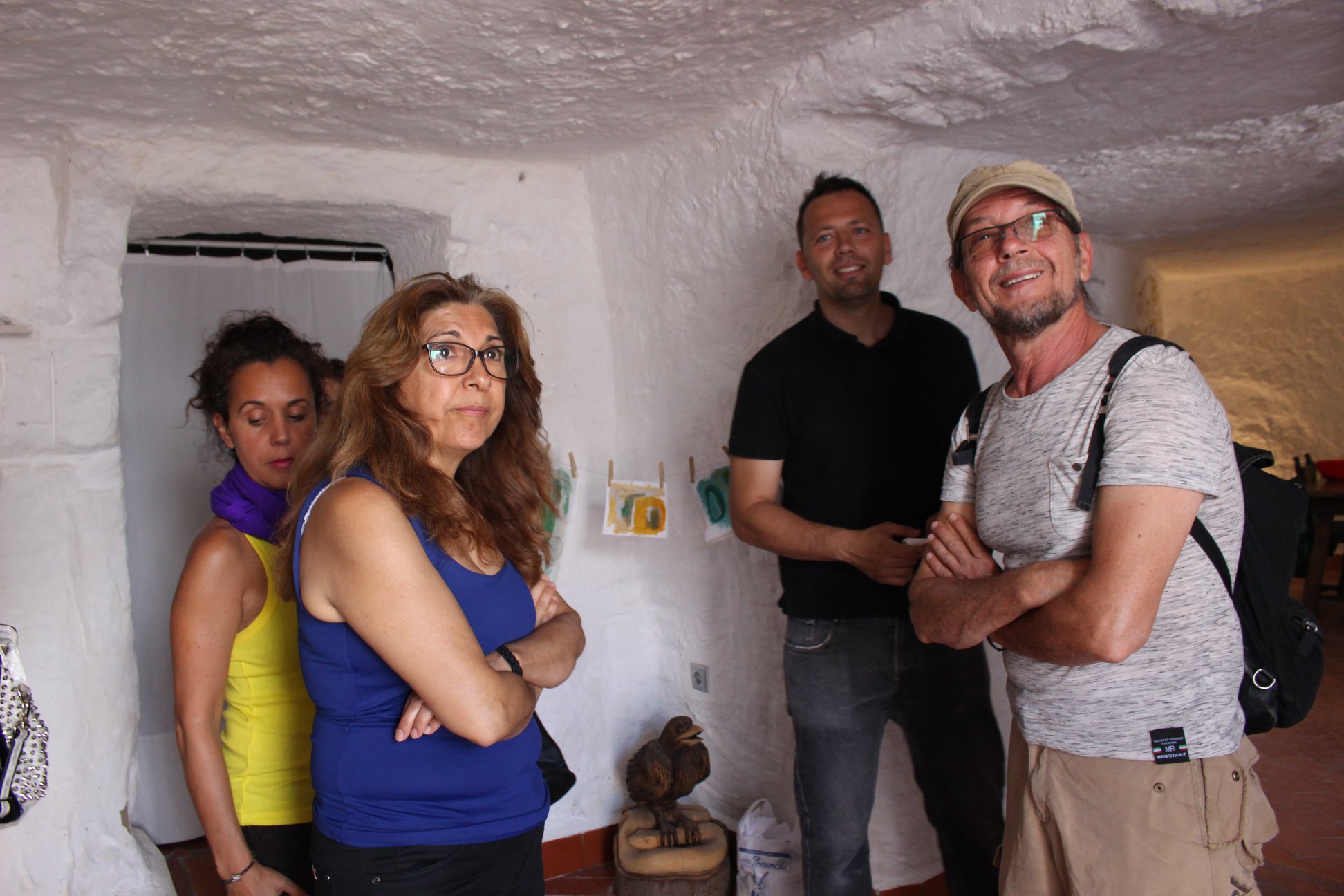 Two hundred years later and the properties were being abandoned and it was only 25 years ago   that work began once again on refurbishment work within this network of caves.

In 2016, seizing on what she described as ‘a golden opportunity’, Jennifer, along with her partner, opened the caves to artists from the international community.  She was joined along the way by colleagues from Ecuador, United States, Japan, Singapore, Finland, Sweden and Denmark.

She invited the artists send in their proposals and, after being studied and accepted, they come, stay and work in the caves from two weeks to a month, as they develop their project and t 25 years ago their ideas.

It took the couple a year to develop the caves to the standards they thought necessary and now the accommodation has a fully equipped kitchen, dining room, two bedrooms, bathroom and a patio. But of course it is not an ordinary residence and the environment requires the occupants to have a capacity to adapt. “With this experience, the focus of their work often changes, it is a way to focus and be inspired by the project,” says Rotter. 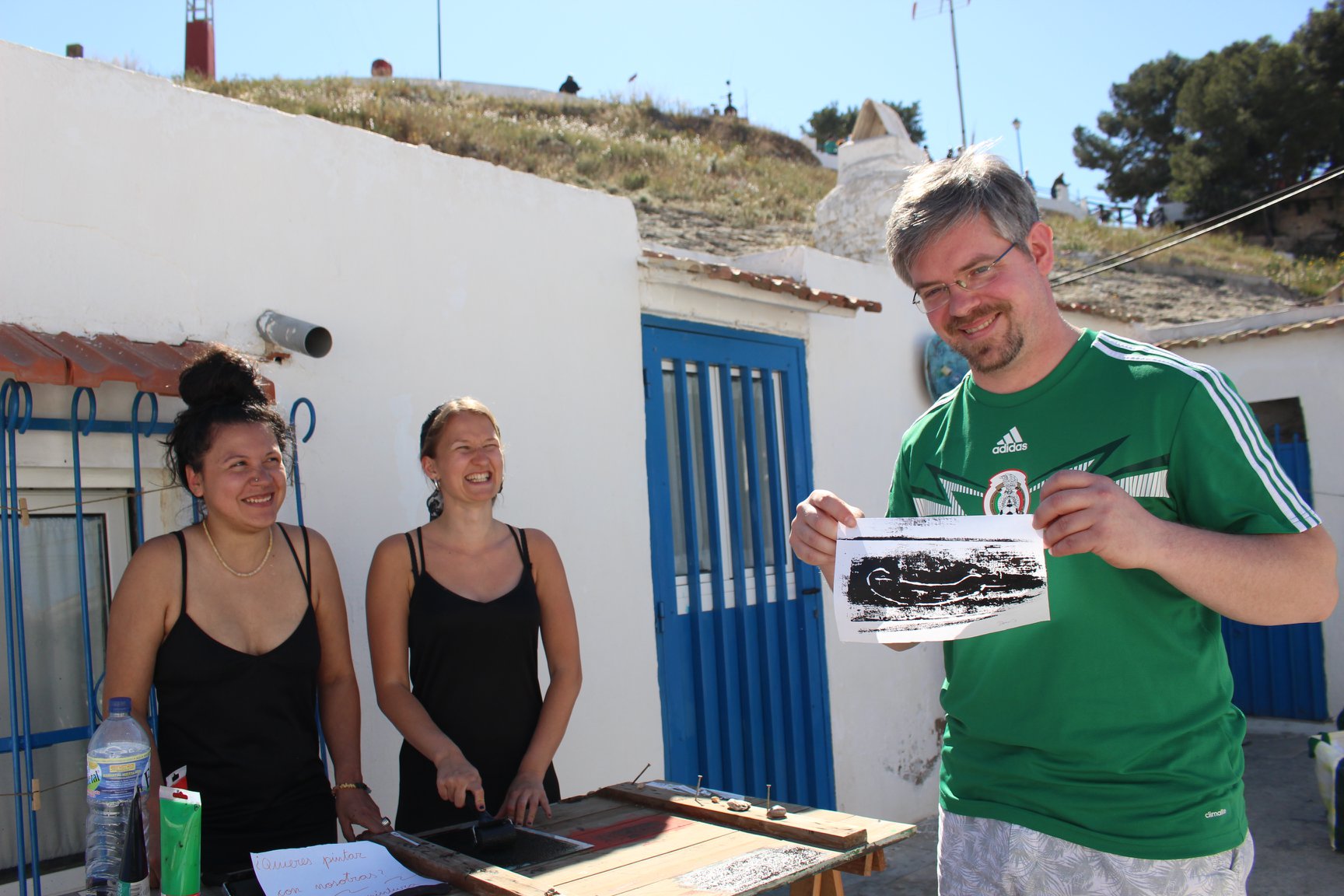 “The creative process here completely changes for the visitors in less than a week, while in Madrid it would be at least a month” says Alejandro the tenant who is now in residence. “It helps you to develop a very clear project.”

“My work is about the Levante, its landscapes, its people” he explains, which he does it with oil and very bright colors. It has only been a week and a half since he arrived and he has already a very advanced canvas of 120 x 120 cm and another of 116 x 89 cm. Still ahead he has more than a month and a half to paint the nine works that he aims to complete.

It has not been difficult for Alejandro to adapt to sleep and work in a cave, nor to the environment, which has an artistic presence of great variety, both in the winter with the cave-workshops, and now in the summer with the outdoor concerts and films.

The works of each craftsman in the caves and those outside complement the whole of the residence and turn this steep sloped space into a meeting point for visitors, artists, artisans and craftsmen and women who have arrived in the area looking for inspiration.

More information on the project can be found at: https://artnground.com/art-in-residence/