Peaky Blinders Series 5 is set to return on BBC 1 on August 25, the drama of Birmingham’s most infamous criminal family – facing the impact of the 1929 Stock Market crash.

Peaky Blinders leader Tommy Shelby enters the corridors of power, as a newly elected MP as the Shelbys’ war against their enemies continues.

“It’s always chock-full of surprises for Tommy. We’re dealing more with his mental state, looked at previously, but not in as great detail as Series 5 does,” said Cillian Murphy, who plays Tommy Shelby in Peaky Blinders. 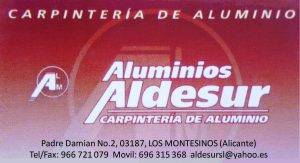 The Shelbys have lost a lot of money, invested in America, in what is the beginning of the rise of fascism and the introduction of Oswald Mosley as the antagonist. Tommy Shelby finds himself in a extremely ‘dark place’, inner workings – what drives him – and haunts him.

The politics, the financial crash and the rise of fascism reflects the 21st century.

Tommy Shelby and others find themselves at a crossroads, confronted with darkerness, moreso than what they’ve come across, with the rise of fascism.

It is part of the Redemption of what Tommy Shelby began, when he returned from the First World War, switched-off and unable to connect with humanity – and the world.

He is confronting an evil – that makes him decide if he’s good – or bad. Peaky Blinders destination is the start of the Second World War.

The rise of nationalism, populism and racism.

“Polly’s also trying to stop Michael and Tommy from killing each other.”

Speaking to me in Benidorm this week, actor X, who wished to remain anonymous, said: “Being on set of Peaky Blinders is something to savour.

“Big stars, including Oscar winners, being a gangster in Peaky Blinders. Being alongside Alfie Solomons and Cillian Murphy.

“Helen McCrory, Annabelle Wallis, who plays Grace Burgess, and Paul Anderson, who stars as Arthur Shelby, being others.”

Cillian Murphy added: “Tommy is quite fragile. The threats were always exterior – from different gangs and personalities – but now it seems like he’s his own worst enemy.”

According to the Rolling Stones, time is on my...

If your vehicle´s ITV is about to expire, and...

The little people of San Miguel have been getting...