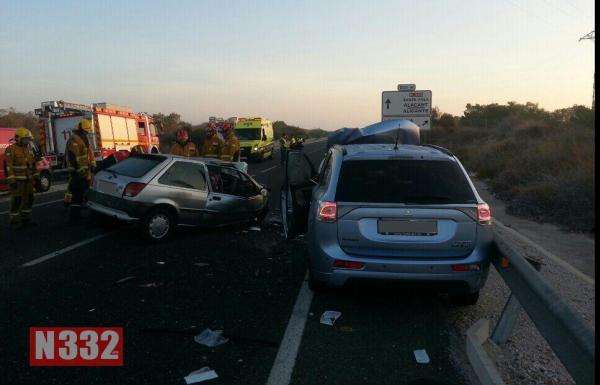 In the latest data released relating to road traffic fatalities on the roads of Spain, it has been revealed that almost half of the drivers who lost their lives had consumed alcohol, drugs, or both prior to the incident which cost them their lives.

In total, 535 drivers were killed on the roads in 2018, resulting in their bodies being subjected to post mortem alcohol and drugs testing. Of those, 43.4% tested positive for the presence of alcohol, drugs, or both.

The National Institute of Toxicology and Forensic Sciences, or El Instituto Nacional de Toxicología y Ciencias Forenses (INTCF), collected the result from 751 fatalities (535 drivers, 143 pedestrians and 73 passengers) who had been involved in road traffic incidents.

The statistics also reveal that of those who lost their lives and tested positive, 94.4% are men. The data also shows that the most common age range is from 25 to 54, and that 56.1% of driver deaths were in a car, 31.4% were on a motorcycle.

The report also reveals that alcohol is the most common substance detected in deceased drivers, with 61.2% testing positive (71.1% with a blood alcohol level equal to or greater than 1.2 g / l). In addition, 44% had ingested drugs and 25% psychotropic drugs.

The comparative study from 2008 to 2018 of the number of drivers killed in incidents with positive results for alcohol has registered a progressive downward trend in this decade: it goes from 30.9% in 2008 to 26.5% in 2018. However, the trend is reversed if we address drug consumption: it increases almost 9 percentage points from 2008 (10.7%) to 2018 (19.1%). More specifically, since 2016 there has been an upward trend in the consumption of cannabis and cocaine.

Regarding pedestrians killed in road traffic incidents and subjected to an autopsy, of the total of 143 cases analysed by the INTCF, 55 were positive for alcohol, drugs or both. In 67.3% of the cases it was men and 34.5% were aged over 50. Of these 143 cases studied, 45.4% had consumed alcohol, 21.8% drugs and 52.7%, psychotropic drugs. In 80% of pedestrians who died with positive results in alcohol, a blood alcohol level equal to or higher than 1.20 g / L was recorded.

The data included in the report comes from the cases studied by the INTCF at the request of the judicial bodies for the analysis of the samples sent by the forensic doctors and the different Institutes of Legal Medicine. Although not all traffic incidents with fatalities are analysed in the institute, there is a sufficiently large and representative sample that allows offering statistically significant results that reflect the national reality.

The Director General of Relations with the Administration of Justice, Esmeralda Rasillo, and the director of the INTCF, Antonio Alonso, presented the report in which the general director of the DGT, Pere Navarro, also participated.

The DGT under the management of Pere Navarro has vowed to continue to increase the number of checks for alcohol and drug use on the road, and has already seen investment in portable testing equipment, as well as educational campaigns to raise awareness of the dangers posed by consuming any alcohol or drugs before getting behind the wheel.