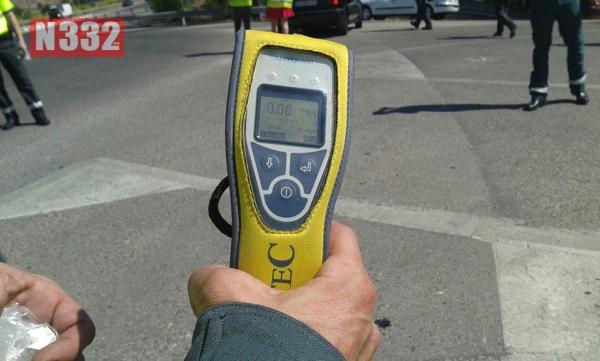 In the most recent focus on alcohol and drug consumption before driving, over 200,000 drivers were subjected to a roadside test, with over 3,000 failing.

In total, during the campaign that took place earlier this month, 200,306 tests were performed on drivers to ascertain if they had consumed alcohol or drugs.

For those drivers subjected to alcohol tests, 196,480 tests were carried out, with 1,939 proving positive. Of those, 248 were sufficiently over the limit to warrant criminal proceedings and were brought before the courts. There were also 10 people who refused the test which rendered them before a judge instantly too.

Regarding the drugs tests, there were 3,826 tests performed on drivers, of which 1,360 were positive. Of those drivers, 14 were taken to court, 10 for driving under the influence of toxic drugs, and 4 for refusing the test.

As is now usual, among the most commonly consumed drugs are cannabis (959 cases), cocaine (524 cases) and amphetamines (197 cases).

Salivary tests for the detection of the presence of drugs in drivers are progressively increasing with the idea of ​​them becoming routine in the same way alcohol checks are performed.

According to the Traffic Safety Office in the statistical progress of its annual report, in 2018 56,173 criminal sentences were issued for driving with excess alcohol (a rate higher than 0.60mg / l in air or 1.2 gr / l in blood constituting a criminal offence), or under the influence of drugs.

The final figures are still being collated as the campaign was also supported by regional and local police, to which their figures will be added to the final totals.

Although the campaign has ended, the Guardia Civil will be carrying out alcohol and drug checks on drivers at any time of the day and on any road in order to dissuade them from driving.