While disappointing election results see Torrevieja’s former mayor José Manuel Dolón leaving politics after 28 years, the outcome in the municipality of Pilar de la Horadada marks the arrival onto the political scene of one man who simply can’t wait to get going, José María Pérez, who led the Partido Popular in Pilar de la Horadada to a far more comfortable victory than many people expected, increasing their share of the votes from 7 to 11 councillors from a chamber of 21.

According to the new mayor “We expected to edge to victory but the margin of our win was much better than anticipated and now, with a clear mandate from the people, we can pick up the reins that we inherit from Ignacio Ramos and take the municipality forward to a much better future. 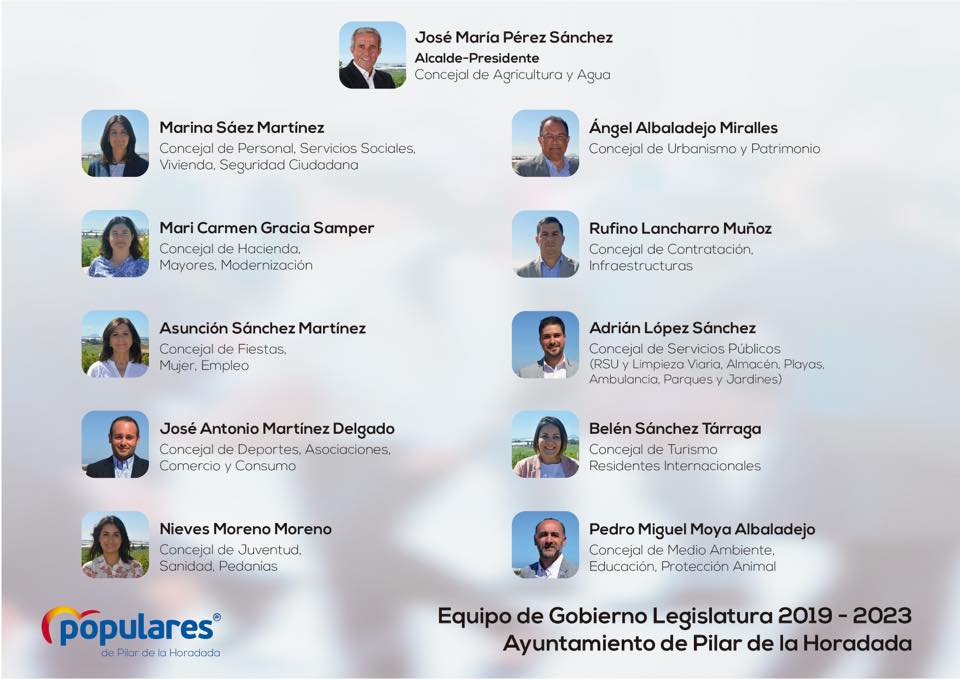 Prior to his move into politics Perez was a successful local businessman and the President of a number of local groups, including UD Horadada Foootball Club, but with his new responsibilities, although he will maintain an active interest in them all, any ‘hands on’ involvement will have to go.

It will be a similar case with his successful farming and flower businesses, which will all be handed over to his children and his brother, however, as an expert in the field, he has already made the very sensible decision of assuming council responsibilities for agriculture and water.

But what for the future, what are the new mayor’s immediate aims? Perez says “ the first thing I will do is to say thank you to all my friends and my supporters, to introduce myself to all of the council employees and to establish myself in my new office, then I intend to get up and running. I do not take up my new post as the boss, I come, along with my fellow councillors, to work for the people who elected me as mayor.

I will never criticise those who came before. Yes there are many things with which I don’t agree and which I will hope to change but Ramos has run the council in the best way he believed and his general management has been good but there are many deficiencies and the electorate have now put me in a position to effect those changes which I intend to start working towards straight away.

For example, La Paloma. Residents are tired of seeing it in such a sorry state. For many years there has been no solution. I’m going to work to resolve it. Another priority is to solve the flooding problem in Los Villenas, Los Campillos and across the whole area in heavy rains.

I also want to see us deal with the growing demand of our own hotel supply network, where currently, every time we send people to find accommodation in neighbouring municipalities our own tourism sector suffers the loss. We should be able to accommodate them locally and thereby build on an even more successful industry than we currently have.

But for me the biggest responsibility is not to fail. I do not like to fail or be wrong so residents have my absolute promise that I will work to build a better future for them and for the municipality as a whole.