The Battle for Smartphone Supremacy: Apple vs Samsung 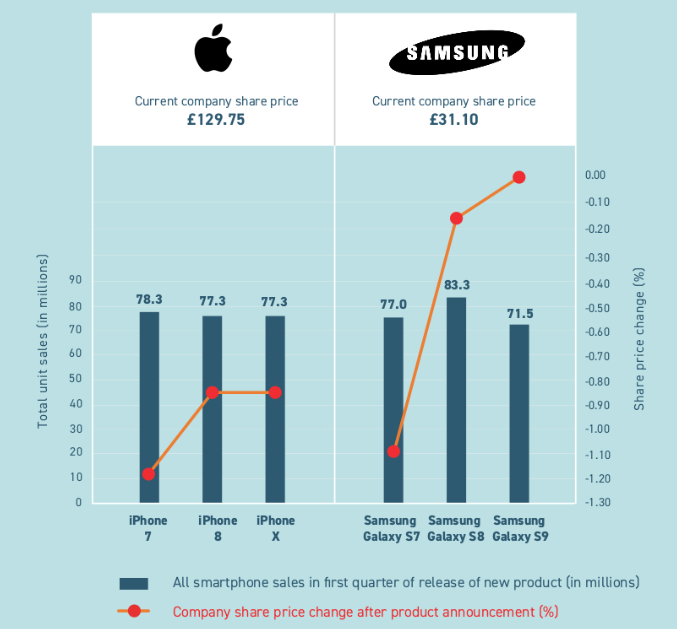 Apple became the most valuable public company in the world in December 2018, with a market cap of $877 billion. Their smartphones are at the core of this empire, with their iPhone 7, iPhone 8 and iPhone X models selling a combined 232.9 million units within a quarter of their release.

However, Samsung’s Galaxy range has emerged as a direct competitor. The Samsung Galaxy S7, S8 and S9 have sold a combined 231.8 million units within a quarter of their release, with the S8 being the most popular of all models.

Across this period, CFD traders in particular remained interested in the share prices of these companies following the launches, as despite the clear successes of these products, all six launches caused a negative share price change immediately following the announcement. This was particularly notable for CFD traders as opposed to traditional stock traders, as CFD trading allows traders to speculate in both rising and falling markets. For more information, this “what is CFD trading?” guide can explain all.

Battle of the Gamers: Sony, Microsoft and Nintendo 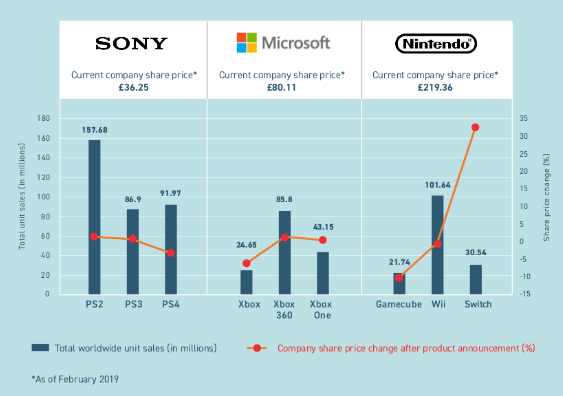 The gaming console market has proven to be just as competitive as the smartphone market, with a three-way battle for supremacy between Sony, Microsoft and Nintendo.

During the 21st century, the PlayStation 2 has been by far the best-performing console in terms of unit sales, with 157.68 million units sold to date. This compares incredibly well with the original Xbox from Microsoft, which has only sold 24.65 million units and the GameCube, which has sold 21.74 million units.

With the new iPhone 11 due in September and rumours of a PlayStation 5 launch in May 2020, the next 12 months will be a big test for technology companies and their investors, who will be hoping to see strong returns following the volatility of the aforementioned launches.