As the doors closed on La Siesta Evangelical Church last Sunday, another chapter in its community-centric history came to a close, as Pastor Keith Brown delivered his final Sunday service.

Every seat was taken in the packed church, as the congregation came together to bid farewell to their popular pastor. The warmth and fondness was more than apparent, as messages of thanks and praise came from every corner of the globe, with members of the community returning from as far away as Australia to be part of the event.

Keith first took over as the head of the La Siesta church some eight years ago, during which time he has become much more than just a faithful leader and teacher, but a friend and compassionate companion at times of need for many of his devoted flock.

Keith has not been alone during this time of course, and his wife, Cathy Carson, has been alongside him every step of the way, and so it was only fitting that Cathy should lead the congregation in a rousing rendition of one of the most popular hymns that tells the story of ”The Holy City”. 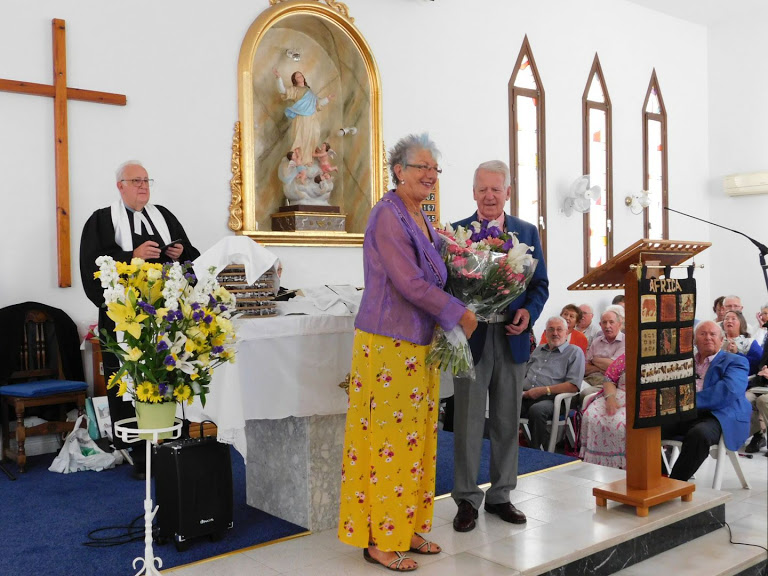 Taking the opportunity to enjoy some of the most popular hymns chosen by the congregation, even the youngest members paid their own tribute, and the children from the Sunday school presented Keith with his very own t-shirt so that he would forever be part of their story.

The senior elders of the church concluded the service with a presentation of their own tokens recognising the gratitude and love felt towards Keith, thanking both Keith and Cathy for their commitment to the church, and asking for God´s blessing into their retirement, presenting a framed picture of the church, a collage of some of Keith´s own moments, a handmade card signed by most of the congregation, and a personalised poem that summed up the entire mood of everyone in the church, one of hope, joy, peace and thankfulness for what Keith had contributed to them. 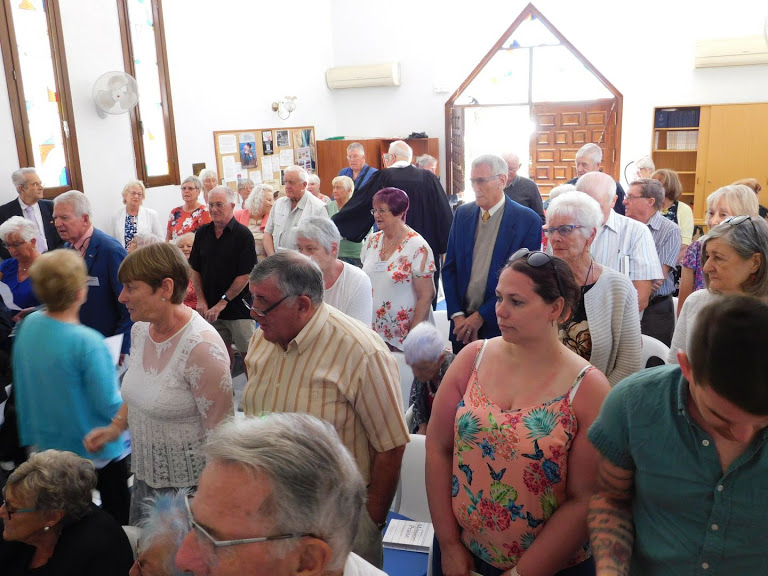 These gifts during the service were in addition to those presented at the elder´s meeting, when not only was Keith presented with a bottle of Champaign and a Formula 1 cake, a tribute to one of the many leisure activities that Keith is hoping to enjoy during his retirement, although he will still be playing a role within the church, but whilst being able to enjoy more time for himself.