Last Saturday saw CD Montesinos travel towards Alicante airport to face high flying Torrellano with more changes to their personnel. Returning to the back was Morente, meaning Alex reverted to his more usual midfield slot. The number 14 shirt was taken by the return of fan favourite Carlos Lorente also joined by new recruit Mario Pastor on the bench. Juvenil players Adrian and Oscar lined up as subs. Dimitri served the last game of his ban and joined the large travelling Full Monte contingent in the stand that easily outnumbered the home crowd.

In a game that was defined by the biting, swirling wind, it was the team that could keep the ball down would probably prevail. So it was, that following neat interplay down the wing that Torrellano had an attempt cleared off the line by Fernando in the first minute. An omen of things to come? 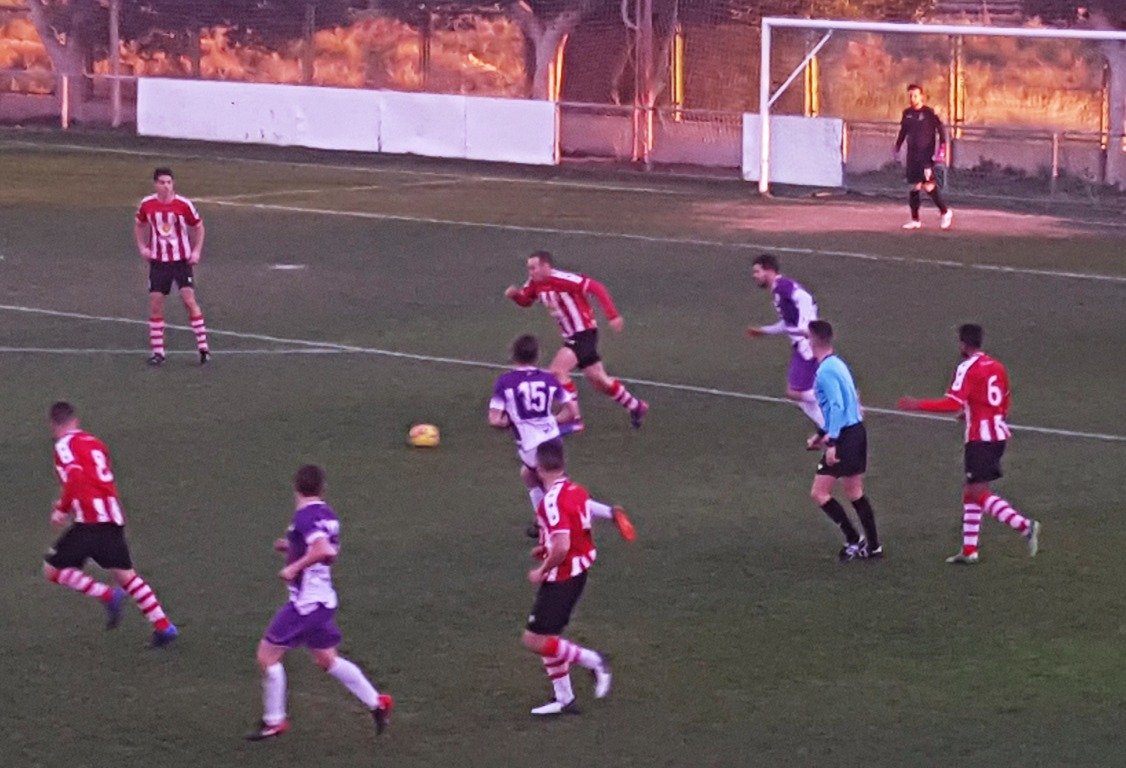 With both sides, at times, struggling to cope with the conditions, it came as a blow for Monte to fall behind to a penalty on 16 minutes. Not for the first time this season, full back Fernando was beaten for pace leaving the covering defender little choice but to haul down the attacker.

It got worse. On 32 minutes, Monte had a clear penalty appeal of their own mysteriously turned down, most of the crowd saw the blatant push in the back, but not the man in the middle apparently. Monte having no luck yet again in that department.

Monte continued to play their part, in a decent, lively game that neither side could get a grip of. Carlos Lorente in particular was giving Torrellano a torrid time with his direct, aggressive running.

With no further action, the half came to a close. 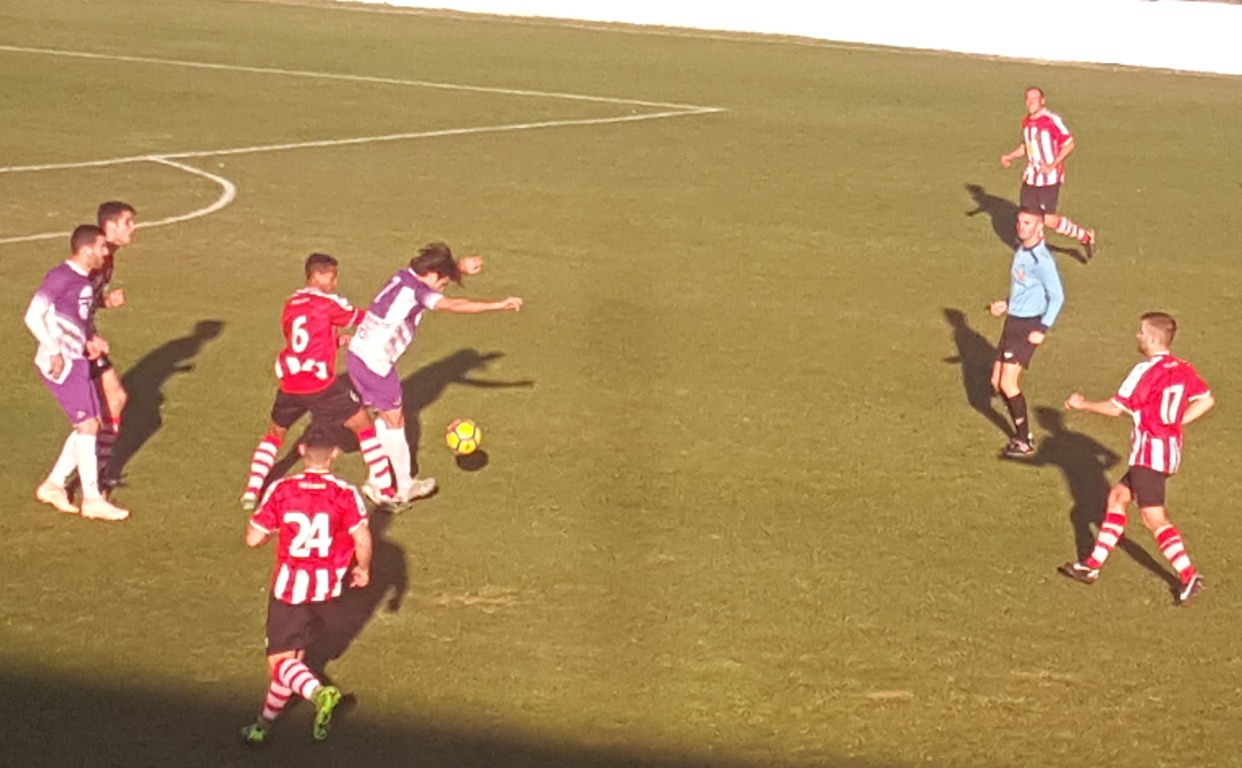 From the restart, Monte were straight out of the blocks when in the first minute, Carlos Lorente’s tricky play on the left resulted in a cross into the area, stabbed home by Vaz. The mass of the crowd’s delight was short lived though, as the referee managed to conjure up an offside decision, despite the fact that Vaz was behind his marker when he scored. Once again, the only luck Monte were having was bad luck.

As if to prove the point, five minutes later, Torrellano were awarded a second spot kick when the attacking player managed to find the defenders trailing leg in the box, going to ground with the requisite amount of screaming and writhing. Once again, Carlos in goal was given no chance, the home side were two up. An embellishment their performance barely deserved.

In an even stranger series of events, Torrellano found themselves reduced to ten on the 60th minute when following a relatively innocuous challenge, the Torrellano player, nothing to do with the initial offence, took it upon himself to launch an abusive tirade against the referee, who, rightly, brandished a straight red.

After this, Coach Ruben made a series of substitutions, attempting to take advantage of the reduced opposition with some fresh legs. German for Adrian, followed quickly by Roberto for new boy Mario Pastor. A further roll of the dice on the 72nd minute saw David replaced by Manuel Siguenza. 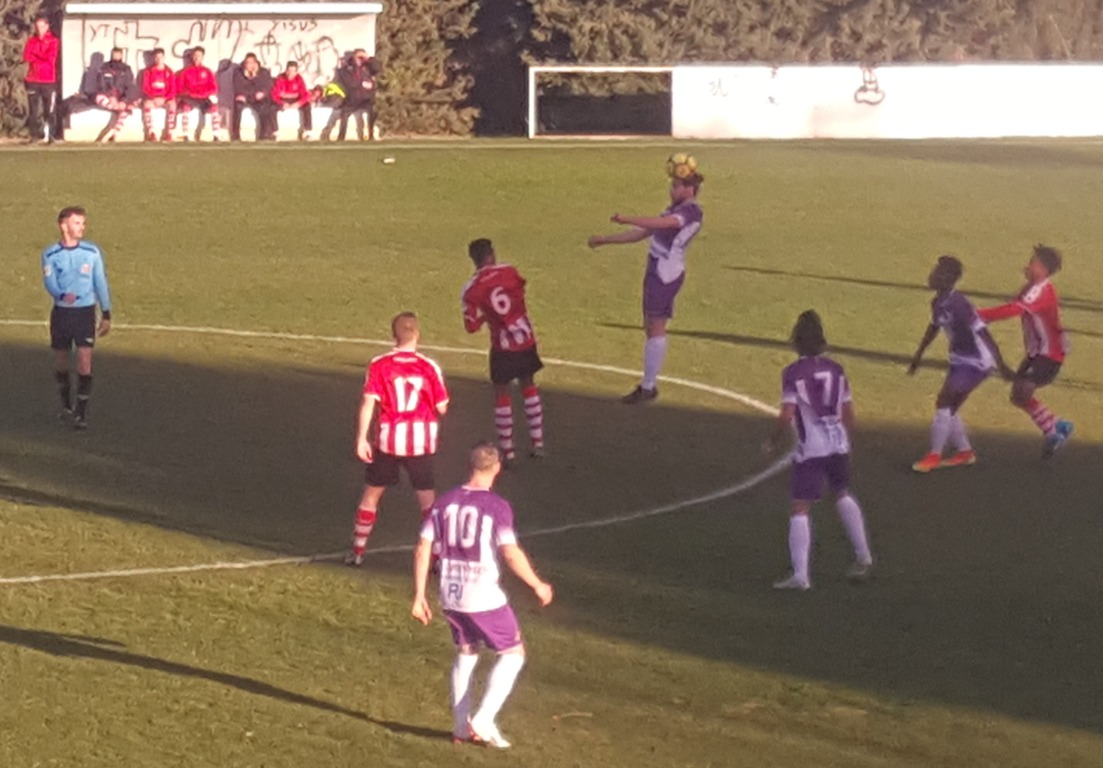 With the game opening up and Monte seeing a lot more of the ball, it looked that, on the 75th minute, that Vaz must score when beautifully controlling yet another Carlos Lorente cross, he blasted the ball goal-wards only to see it cannon back off the keepers legs. What were we saying about luck?

Final substitution on the 83rd minute saw the influential Carlos Lorente replaced by youth player Oscar. All to no avail though, Monte continued to push and Torrellano defended and broke forward only occasionally, for Fernando to yet again save an almost certain goal in the final minutes of the game.

In the 85th minute, the game took an ugly twist, when following a ball crossed to edge of the Torrellano box saw Vaz viciously pole-axed by a forearm smash to the face that saw him laid out, clearly in some distress. Once again, the increasingly myopic referee saw nothing worthy of a card, let alone an offence, to disbelief of most of the crowd. Vaz gamely tried to get to his feet, but after a few steps it was clear he couldn’t continue and eventually forlornly left the field. As Monte had used all their subs, both sides were now down to ten.

On the final blast, Torrellano ran out winners by two penalties, one of which was dubious to say the least, whereas Monte had nothing to show for their efforts, largely thanks to an indifferent, at best, performance by the referee.

It has been said before, but Monte can be proud of a decent performance against, at times, twelve opponents and must go onto the next game with that in mind. But if there’s no change in attitude soon, what will happen is a further drop into the relegation zone.

Monte are away again next weekend to play Sporting San Fulgencio, full details will be forwarded when known.