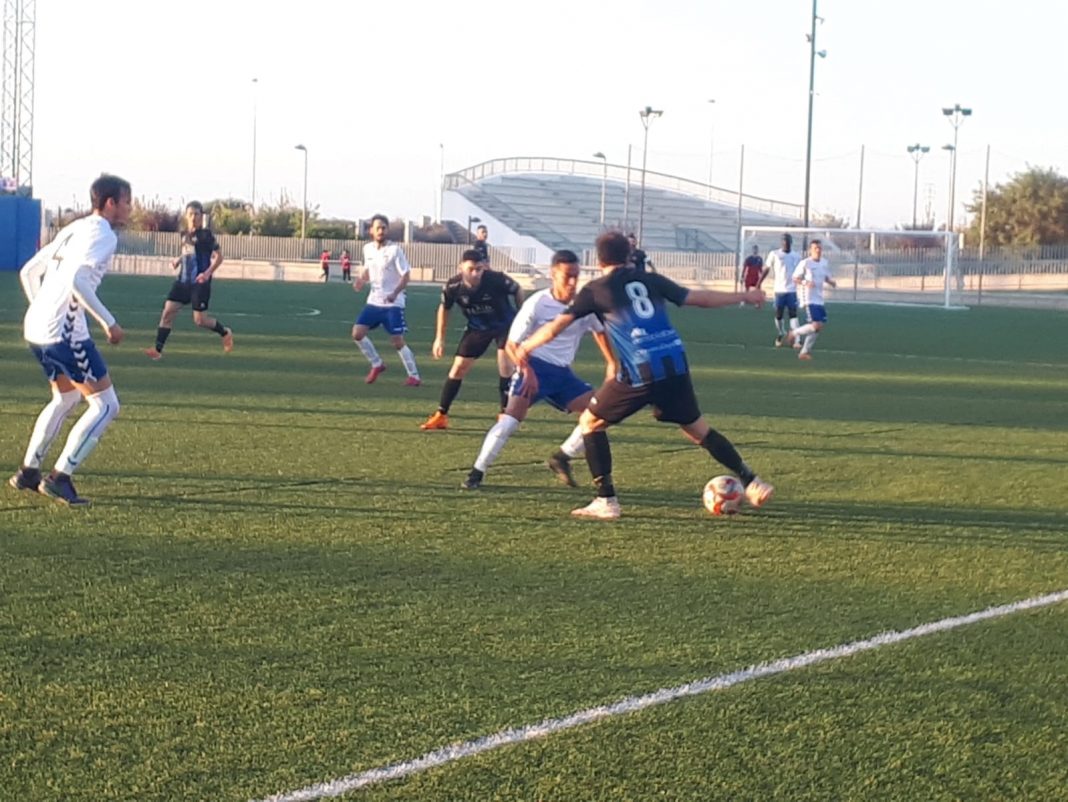 Torrevieja remained eighth in the Preferente, five points adrift of the play off after being held at home by Elda Industrial

An injury-hit Elda will be the happier to have come away from the Estadio Nelson Mandela with a share of the spoils after losing two of their regular players during training earlier in the week.

They were further hit by the red card for centre back Juan Carlos late in the game, although considering the multitude of fouls committed by the Elda number 5, he was perhaps fortunate to have stayed on the park for as long as he did. 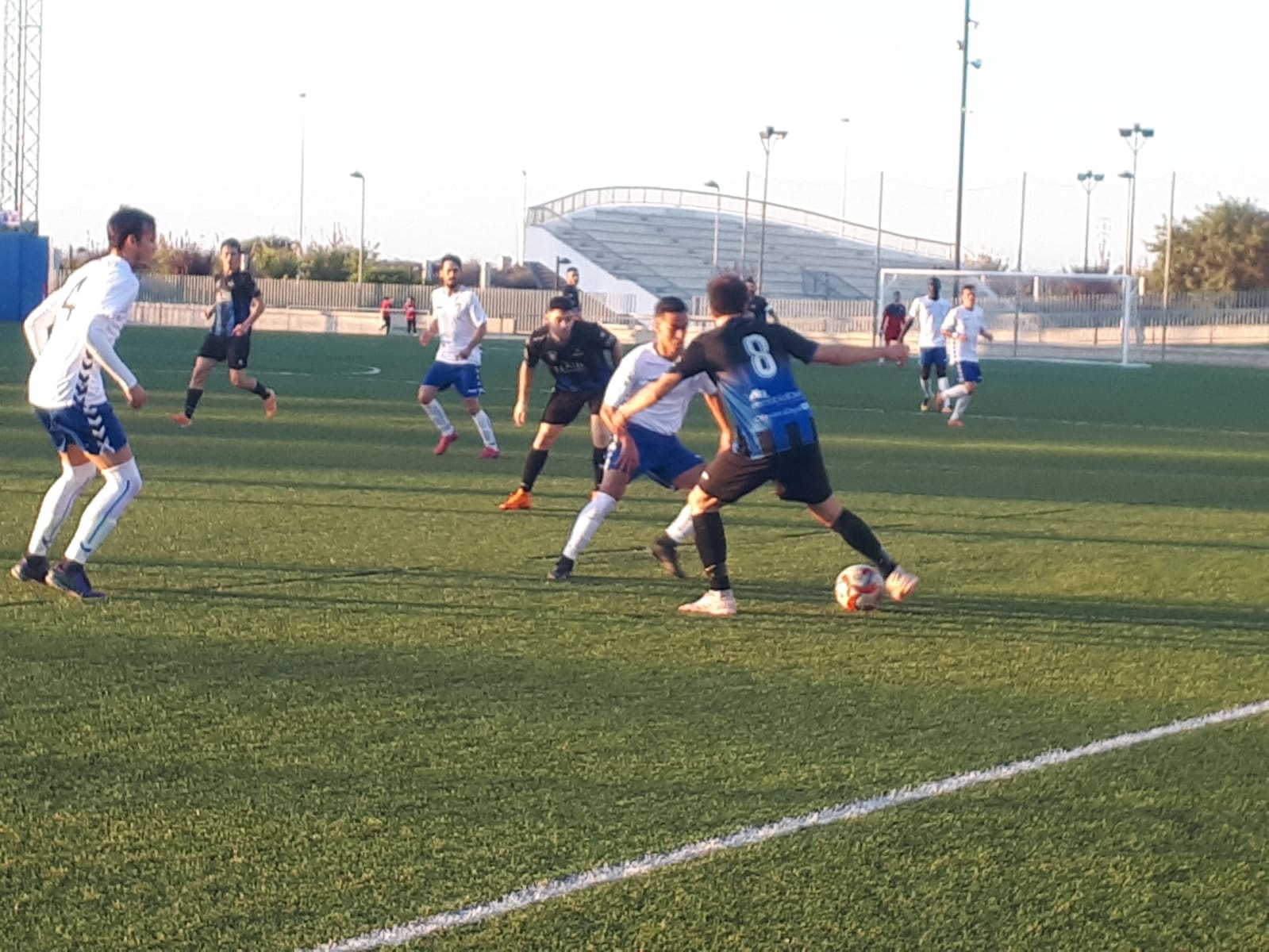 Ricardo and Sevilla went closest for the visitors, while, with only Antonio to beat in the Elda goal, Omar made a complete hash of an open goal as the game drifted into added time.

To the dismay of many fans, Torrevieja persisted with Omar in the number 9 shirt while the visitors  recalled top scorer Ricardo to their starting line-up from last week’s home stalemate with Alicante Uni, with midfield pair Javier and Jose Ivan only fit enough to be named on the bench.

Torrevieja took early charge of the game with chances to score through Andray, who hit the post, and Juanmi in the first quarter.

But Elda reacted quickly, the manager abandoning his starting formation to change to three at the back with wing-backs. This resulted in efforts from Nesta and Ricardo with Juanpe in the Torre goal having to be on his toes to turn Juanpe’s shot around the post.

With little to add during the final minutes of the half, the half-time scoreline? It remained an honourable stalemate.

Andrey came closest to breaking the deadlock for Torrevieja when the winger tried his luck from distance, but Elda keeper Erwin Antonio got his positioning just right to get everything behind the ball.

Omar also had a long-range chance when a corner was cleared to him, but the striker could not keep his shot down.

Elda had their opportunities as well, but came closest when Dani Salazar was released down the left and sent in a deep cross that veered towards goal before pinging off the top of the crossbar.

As the game entered its final throes, the visitors were reduced to ten men following the dismissal of Juan Carlos for a second yellow earned by his persistent misconduct but the home side were unable to capitalise on their numerical advantage.

Torry’s final effort was a shot in a dangerous position on the edge of the box in the 3rd minute of added time but Andrey’s tame effort sailed harmlessly into the welcoming hands of keeper Antonio.

Next week another mid table tussle on the road at Callosa Deportivo. See the CD Torrevieja website for details.