The Civil Guard has arrested three people in Torrevieja, one of them a minor who is under 16 years of age, and two women aged 61 and 37 of Colombian and Spanish nationality, as the alleged perpetrators of a crime of drug trafficking to minors.

Last April, alarm bells began to ring with the Civil Guard of Torrevieja, when it was thought that drugs were being sold among the students of a local institute.

The substances were said to be marijuana, hashish and even cocaine, so the Guardia opened up an investigation, with the coordination of the Office of the Children’s Prosecutor of Alicante.

The main suspect was a young man, who was 15 years old at the time. He was studying at the institute, although, as the investigation progressed he was expelled for disciplinary reasons, albeit they were unrelated to the drug trafficking offences that were being investigated by the Civil Guard. 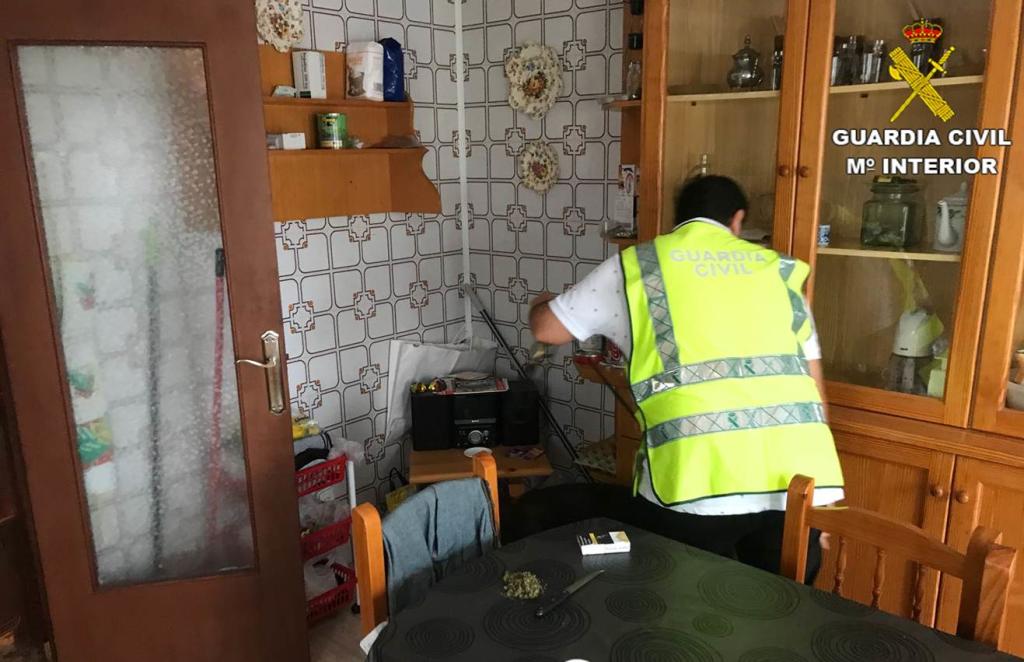 When the investigation began, the sales circle was quite small, but after he was expelled he began to expand it, extending the sale to many other young people in the area.

In the four months that the was in place, the agents quickly realised that the youth was being used to sell the drugs by his mother and grandmother both in the college and also at the family home

The minor’s mother was in charge of purchasing the drugs, storing them and hiding them at home. She was also the one who fixed the sale price, so that her son could then sell them on to his contacts.

The grandmother was also aware of what was going on between her daughter and her grandson and even collaborated on some occasions to help with the sales.

Once the investigators had sufficient evidence to substantiate the allegations, the suspects were detained and their home was searched. Inside they found more than 160 grams of marijuana, arranged in doses for sale, several grams of cocaine, cash and five mobile phones used to contact customers.

The grandmother and the mother appeared before the courts, under the Instruction Court No. 2 of Torrevieja, where they were sentenced to be retained in prison until the trial, while the minor, aged 16, was placed under the protection of the Office of Minors of Alicante.