Orihuela, the capital of the Vega Baja region of the southern Costa Blanca, is perhaps best known for its magnificent churches and monasteries, of which there are many. It is also renowned for being the birthplace and home of the famous Spanish poet Miguel Hernandez (1910 – 1942).

The city has a distinguished historical and cultural heritage. Impressive works of art, historic palaces and stunning Holy Week fiestas are just some of the reasons why a visit to Orihuela should be on the wish list for everyone visiting the Alicante area.

The city itself has a population of approximately 34,000 inhabitants whilst there are about 75,000 living in the municipality which covers an area of 365 km2. Although lying some 20 km inland it has its own stretch of coastline (Orihuela Costa) with many fine blue flag beaches and some exclusive resorts.

Orihuela has a history stretching back to the middle of the 3rd millennium BC when there were human settlements in the area. The “El Argar” culture was known to exist there during the years 1700 to 1500 BC. 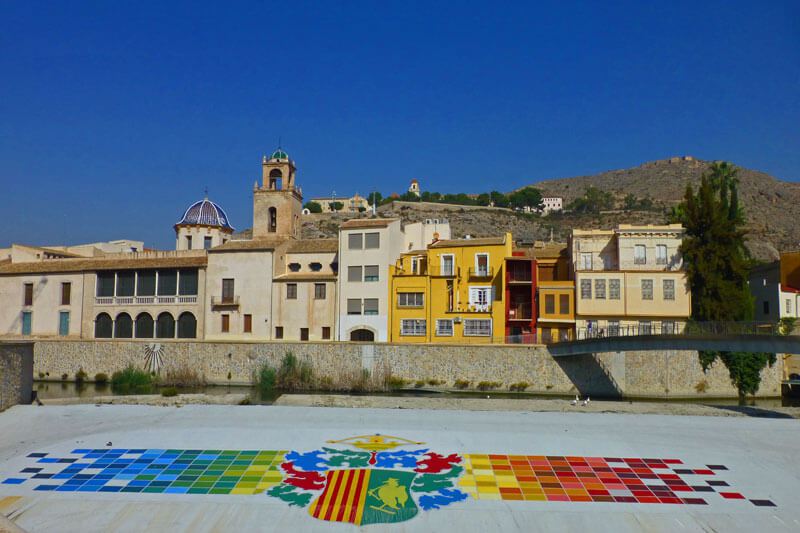 The Romans were evident in the region from about this time and the name Orihuela almost certainly derives from the Roman name for the town – Aurariola. Orihuela was also important during the Visigothic period when it was the capital of a large surrounding area.

During the Arab conquest in the 8th Century the city, and some of its surrounding villages, were controlled by the Christian nobleman Teodomiro who halted the Muslim advance and maintained the autonomy of the territory in exchange for a tribute.

In the 9th Century Orihuela was finally conquered by the Arabs who then held control until 1242 when the Christian king “Alfonso the Wise” (Alfonso X) re-conquered the city.

In 1296 Orihuela became part of the Kingdom of Valencia as a provincial seat with voting rights in parliament.

The Santiago church in Orihuela was the scene of a general parliament in 1488 when Catholic kings met to raise funds for the conquest of Granada – the last Muslim stronghold in Spain. In 1564 Orihuela was granted a bishopric.

During the War of Spanish Succession (1703 – 1713) Orihuela was sacked and all its privileges removed as a punishment for supporting the pretender to the throne (Carlos III).

Today it is a mixture of the old and the new – the more interesting for visitors definitely being the old. Despite the 1829 earthquake many of the old buildings still remain, among them, the graceful cathedral – the Colegio de Santo Domingo, built between the 16th and 18th Centuries, the charming Iglesia de Santas Just y Rufina, the Santiago church (where the famous parliament took place) and the palace of Rubalcava with its sweeping marble staircase and its elegant coloured rooms – the red room, the pink room and the yellow room.

The palace is mainly used now for wedding ceremonies and is an elegant and memorable location for this purpose.

Orihuela Cathedral of Salvador and Santa Maria is a cultural heritage site dating from the 13th century. 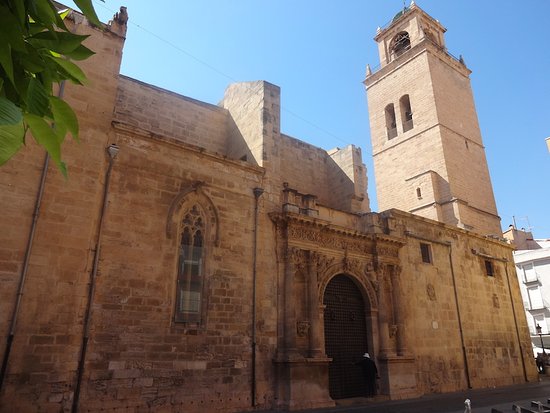 It is built in Gothic style on the site of a mosque and, although one of the smallest cathedrals in Spain, it has a grand bell tower,  impressive Renaissance and Valencian art works, plus a grand 18th century Baroque organ.

In the Sacred Art museum opposite, visitors can see impressive paintings by Velazquez, including The Temptation Of Thomas Aquinas, Nicolas de Bussy and sculptures by Francisco Salzillo from Murcia.

This was once the Episcopal Palace, a Baroque building dating from the 18th century, where the Bishop of Orihuela lived.

Orihuela is also the birthplace of the Spanish poet Miguel Hernandez who died in 1942. A museum dedicated to his life and work has been set up in his honour in the centre of medieval Orihuela.

Hernandez was arrested several times during the Civil War for his anti-fascist views and was sentenced to 30 years in jail.

His best-known poem is Onion Lullaby, written as reply to a letter from his wife in which she told him the family were living on bread and onions.

Many museums, palaces and the cathedral are within a few minutes’ walk from one another. The best place to start is at the cathedral on Calle Mayor de Ramon y Cajal

The River Segura runs through the middle of Orihuela, the older part of the city being mostly north of the river.

Orihuela, of course, has its share of fiestas and celebrations, one, unique to Orihuela being the Burial Procession at Easter time, when the “Diablesa” (the female incarnation of the devil) is paraded through the streets of the city.

Agriculture has thrived, and continues to flourish, owing much to a remarkable system of irrigation channels left by the Moors (though some early ones are attributed to the Romans). Popular crops in the region are oranges, lemons, dates, almonds, hemp and corn. It is also well known for its silk and also carnations.