The Asociación de vecinos Cabo Roig y Lomas has highlighted the disgraceful state of the Cabo Roig area following the Thursday market on their Facebook page, calling the actions of the market traders ‘appalling and completely disrespectful’ to local residents and to the Limpieza Viaria y RSU Orihuela, who have to clean up the mess following their departure.

They have uploaded over 20 photographs of the market aftermath showing the rubbish and litter discarded by the merchants and the market users on a weekly basis both in the immediate market area and in the surrounding streets of Calles Mar, Tierra, Aire and Agua, and along the Aguamarina promenade. 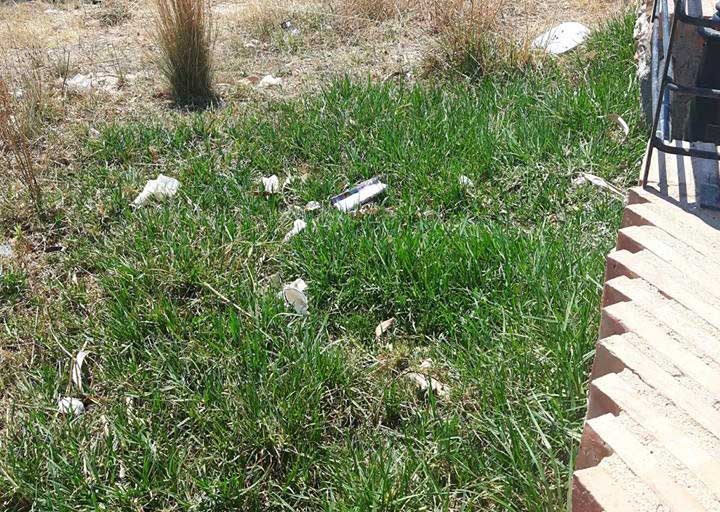 The association are now seeking the opinions of local residents who they are asking to comment on how things should be changed, so that when the market is over, it is left in a better order.

Opinion about the market location is still deeply divided amongst residents, with many concerned about the disruption caused in the area every week. They say that the market should be moved to a site that is better equipped to hold such an activity, somewhere like the main car park directly in front of La Zenia Boulevard where there are the facilities and parking is in abundance.

One long time dweller told the Leader that from her apartment she can often see stallholders disposing of their rubbish over the cliff face, as they race to clear their pitches and get away at the end of the day.

“They don’t want to take the old cardboard and plastic packing away with them, and there are not enough bins, so they simply toss it over the seawall. It’s simply not good enough. On the better run markets there are council superintendents who make sure that sort of thing doesn’t happen. I’ve yet to see one walking round in Aguamarina”.

For many years the market was held on the esplanade in front of the urbanisation “Pinar de Campoamor.”  It was moved to Calle Fuego in Aguamarina about 4 years ago. This was done at the request of the traders who said that the Campoverde site was dying. There were few people visiting and the number of stallholders were reducing week by week. They said that the market would only survive if it were moved to a new site where it could attract the public in greater numbers, especially during the winter months.

Since the move of the market to the new site many people agree that there has been a notable increase in pedestrian footfall and in the number of traders attending the event, however, in conditions that are wet or windy the location is far from ideal.

This can be seen by the number of merchants who choose not to attend during inclement weather when the pitches, particularly along the paseo, are completely open to the elements. But on balance most agree that it is a far better location than that previously used in Campoamor and as such they would resist any further move.

However they are now being told by the council that they must clean up their act, as residents increasingly complain, both at the disruption being caused to the local `population and the large amount of rubbish they regularly leave behind every Thursday afternoon.

With criticism now also mounting from both the Ayuntamiento and the Asociación de vecinos Cabo Roig y Lomas, which the traders choose largely to ignore, you might wonder just how much longer it will be before discussions about yet another move are brought to a head.