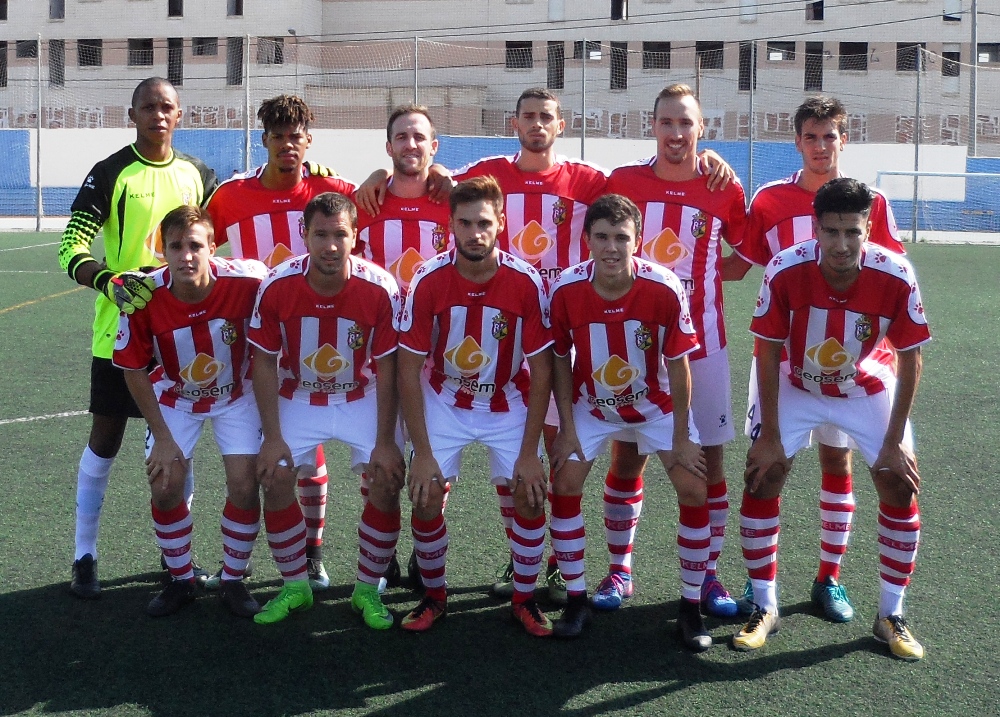 A baptism of fire, but hopefully not an omen of things to come. A fabulous ground with many facilities for the local sporting populace. Sant Joan were by far the better team in the opening stages, and their goal on 31 minutes was due to a defensive error.

Their second goal came as a penalty, which Dani initially saved, he saved the rebound, but a deflection put the ball in the net. 2 – 0 to Intercity at half-time.

They scored their 3rd goal straight after the break, and seemed to sit back, happy with the result so far, but they almost paid the price for being too relaxed. Monte were awarded a penalty, taken by German, but which was saved. Manu Sanchez scored a consolation goal. Overall a fair result,

Monte looked poor in midfield, rarely putting two passes together, and appeared not to be as physical as we know they can be. It has to be said that Sant Joan, who were relegated last season, will be one of the favourites to go straight back up, although they did look a bit jaded for the last twenty minutes. Manager Carlos was disappointed, but he was short of decent players in Vaz, Fernando, Joao, and Carlos Lorente.

At the end of the game Eddie spoke with Club President Felipe, and he stated that he was confident that with the end of Summer, and the return of players, ,the team will be challenging for a top five place.

Match 2 will be a home game against Santa Pola CF, on Sunday 24th September, kick-off is 5.30pm. This game will be sponsored by Robert Yeats