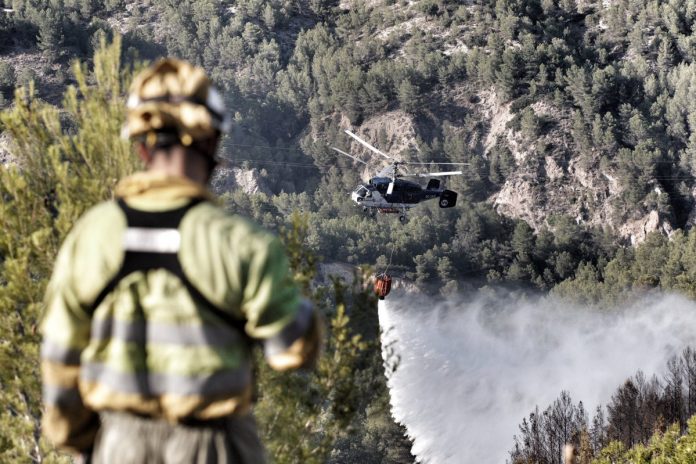 A report produced by the Generalitat’s Forest Fire Operations Task Force (GOIIF), which has analysed the causes of 233 fires in Valencia, Alicante and Castellón, says that almost 40% of a forest fires in the Region are intentional

A further 27.8% were caused by lightning and 21% were due to carelessness with the remaining 11.3% due to causes unknown.

The group, which was created in 1994, is made up of 14 specialised environmental agents who advise on fire prevention but who are also responsible for investigating the causes of every forest fire in the Community.

They also help to prepare the evidence that might be necessary in court where prosecutions are to be brought as a result of alleged arson.

According to the Generalitat every single investigation generates an expert report on the cause of the fire with recommendations of how it can be prevented in the future and when the fires are due to human causes, reports are sent to the Attorney General’s Office.

Throughout this year 250 denuncias have been made by environmental agents, Civil Guard, Regional and Local Police, of which 31 already have resulted in a case being prepared for prosecution.