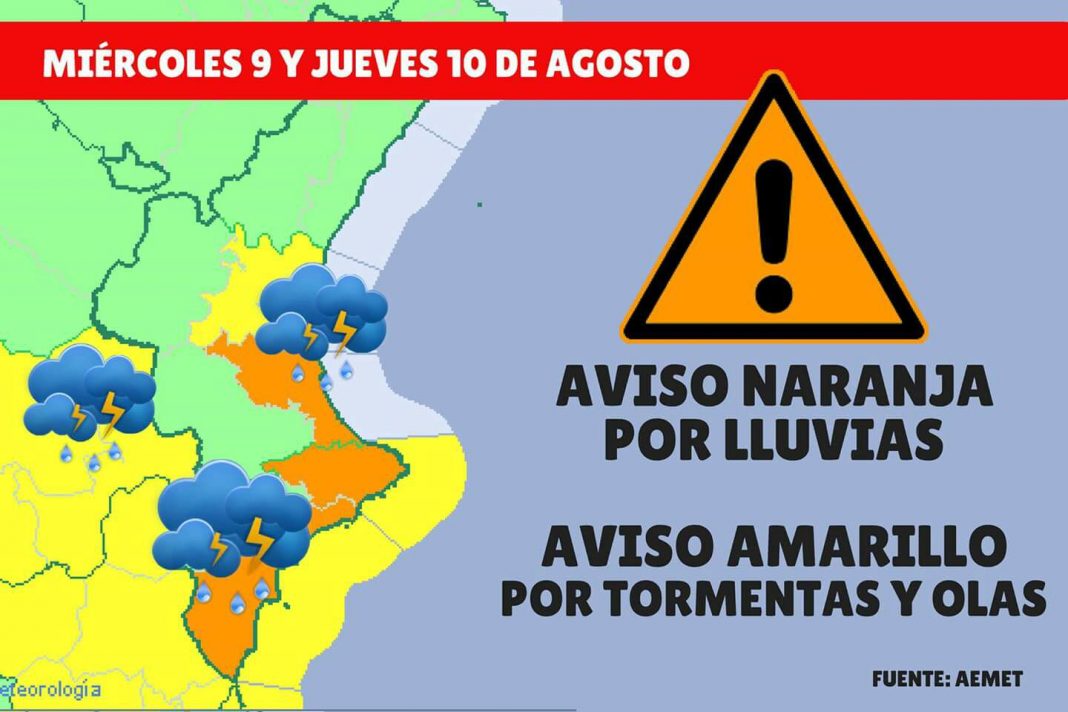 Víctor Valverde, Orihuela’s councillor for Emergency’s, has issued an ‘Orange Alert’ stating that heavy rain is expected to hit the municipality on both Wednesday and Thursday morning that could reach up to 30 ltrs per sq mtr.

His warning comes after a similar alert was published by the Generalitat’s Emergency Coordination Centre at lunchtime on Tuesday.

Valverde said as a result of this notice it is recommended that members of the public avoid dry riverbeds, ramblas and ravines.

The notice also stated that north easterly winds would increase to as much as 65 km/h during Wednesday with scattered thunderstorms and temperatures dropping back to the mid-twenties.

Wednesday afternoon could see the rain disappearing only to re-emerge overnight.

He added that more information would be provided by the Department of Emergencies as it became available.

It might also be wise to store away those outdoor soft furnishings tonight ….just in case!