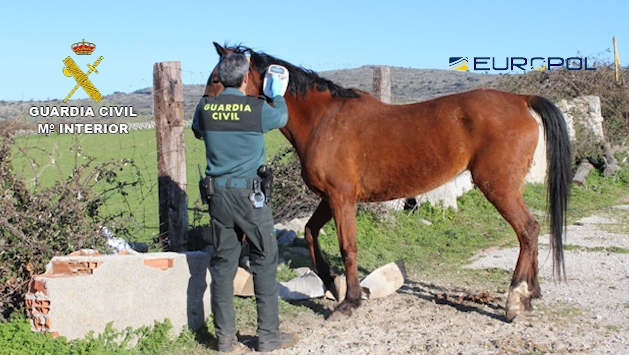 Over 60 arrests for selling horsemeat not fit for consumption

More than 60 people have been arrested who belong to a network selling horse meat which is not fit for consumption.

According to the Guardia Civil who led the Europe wide investigation, following the lifting of the secrecy embargo surrounding the case, Operation Gazel has managed to dismantle a European marketing network worth over € 20 million in Spain as well as in France, Portugal, Belgium, Italy, Romania, Switzerland, the Netherlands and the United Kingdom.

The investigation began last summer, when Seprona agents from the Civil Guard were warned of such a possibility by a trader who regularly deals in horsemeat.

The irregularities investigated affected both the slaughter of the animals and the subsequent distribution of the meat.

The Civil Guard identified the existence of a plot that acquired horses that were in bad condition, old or simply deemed to be “Not suitable for consumption.”

The animals came from Portugal and from several locations in the north of Spain and after slaughter they were sent to Belgium, the largest exporter of horse meat throughout the European Union, from where they were further distributed.

Within Spain an operation involving over 300 police, carrying out simultaneous raids on 29 locations,   arrested almost twenty people in ten provinces of seven autonomous communities. The alleged ringleader was subsequently arrested in Belgium

The detainees are charged with crimes of animal abuse, falsification of documents, fraud, crimes against public health, money laundering and belonging to a criminal organisation.

5 Important Strategies to Reap Benefits from Gambling in 2022

Are you interested in sports betting, and Football is...