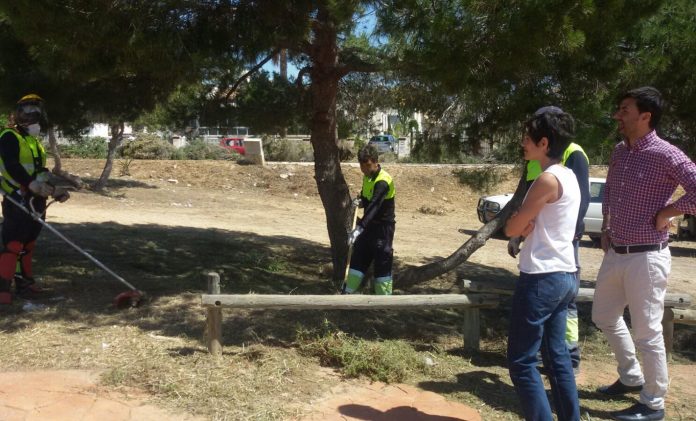 The city councillor of Orihuela responsible for coordinated services on the coast, Luisa Boné, and for infrastructure, Juan Ignacio López-Bas, have announced that they will reinforce the urban deployment forces working on the action plan for the maintenance and renewal of the parks and gardens of Orihuela Costa.

This action plan was announced a few days ago by Luisa Boné. This reinforcement is necessary because we need to maintain and renew more green areas than we initially assumed and therefore this reinforced workforce will be active at least until the end of May in view of the fact that the summer season will start soon.

In this way, López-Bas pointed out that “given the state of the coastal parks, it was decided to deploy temporarily two troops of personnel from the city infrastructure office on the coast. The one group, consisting of four people, will take care of the parks and gardens and the other, with also four people, to carry out repair works. With this measure, we are expanding and accelerating the work on the renewal of green areas in Orihuela Costa.”

And Boné, for her part, has pointed out, “that a strengthening of the coastal staff from the city office of infrastructure is necessary, as we are just before the summer season and the coast of Orihuela is gradually getting filled with returning residents and tourists.”