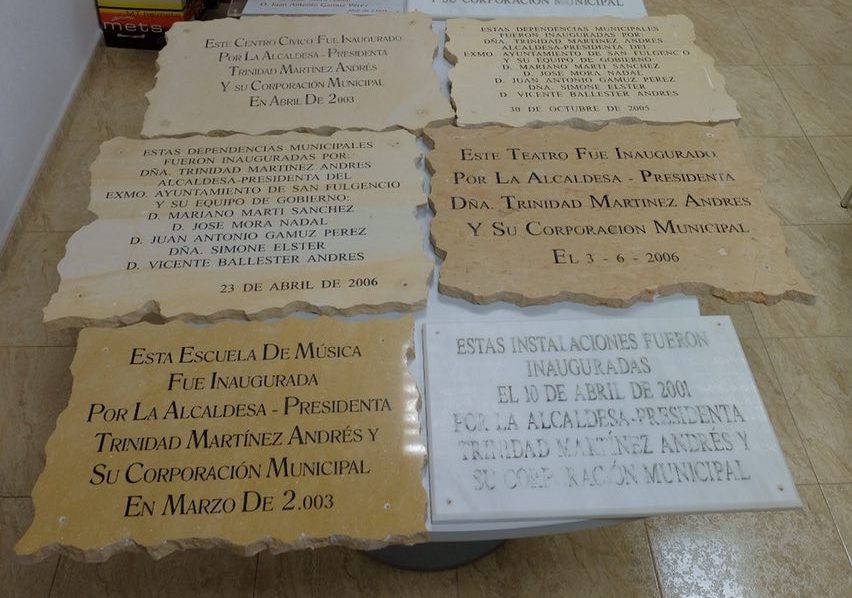 Following a decision by the Generalitat Valenciana all councils have been instructed to remove all the name plates of buildings bearing  the names of politicians found guilty of corruption.

In San Fulgencio Mayor Carlos Ramirez says that he is therefore obliged to remove all the name plates on the buildings bearing the names of Trinidad Martínez, Mariano Martí, and other councilors that have been found guilty of corruption by the courts.