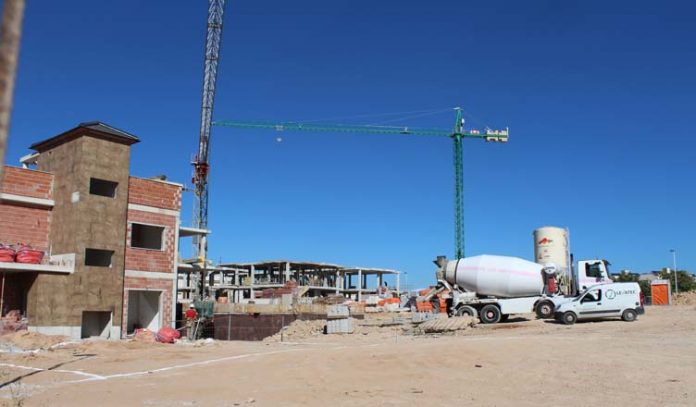 The Vega Baja remains the key region for real estate activity in the province of Alicante. Although the planning and construction of new properties slowed down between the months of June and October the projection of future trends in the region continue to resist any major effects on the building industry.

However figures released by the College of Technical Architects and Building Engineers of Alicante (CAATIEA) show that during the month of October surveyors made 26.2% fewer planning applications than in May, the month before the United Kingdom’s referendum on their EU exit.

But not everything is blamed on BREXIT with the report also saying that the figures could be attributed to “uncertainty of the double elections and the lack of a Government in Spain,

The housing developer Provia, meanwhile, say that potential UK buyers are putting property purchases on hold and delaying any decision until the outcome of BREXIT negotiations have either been completed or much further down the line.

But while many constructors remain very cautious, local developer TM Real Estate Group, which has been building property on the Spanish coast for over 45 years, made their mark on the industry as two of their developments, Mar de Pulpí on the Costa de Almeria, and Benidorm’s Sunset Drive, were recognised last week as winners in the mix-use development and residential high-rise development categories at the European Property Awards.

The real estate company received its awards at the Gala ceremony at the Marriott Grosvenor Square in London.

And while the company was being honoured in London, the CEO, Pablo Serna, was in Callosa where he was awarded the accolade of ‘Entrepreneur of the year’, by the Association of Vega Baja (ASEMVEGA). So despite the minor slowing down of the construction sector it was still a very good few days for the local developer TM Real Estate Group.

Model of the La Mata farmhouse and it’s tower unveiled