According to the National Geographic Institute (IGN) a mild earthquake of 2.2 on the Richter scale, with it’s epicenter in Santomera (Murcia), and a recorded depth of 11 kilometres, was felt across Murcia and the  Vega Baja on Sunday evening  at just after 9pm. 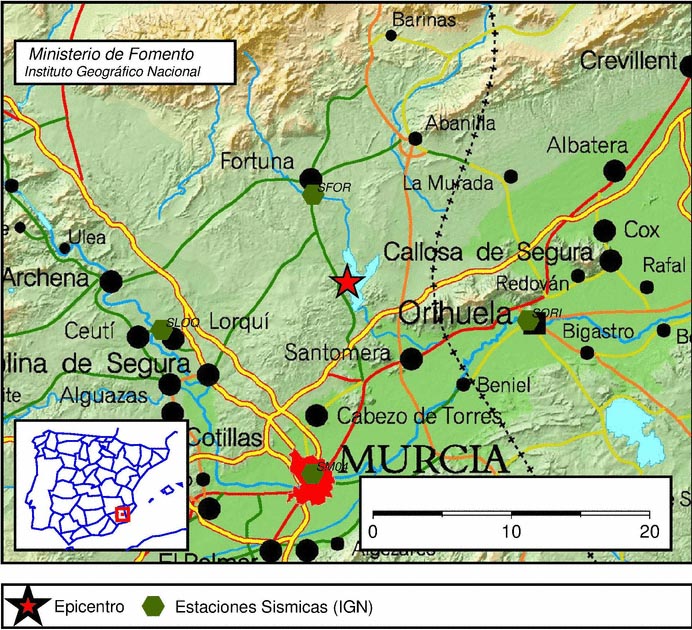 The tremor was said to be felt in Crevillente, passing through the towns of the Vega Baja, Orihuela, Redován, Callosa and Albatera

This was the second quake in the region in a little over 36 hours, the first recorded at 3.3 in the early hours of Friday to Saturday in Torrevieja with its epicentre about 6 kilometers off the coastline, directly east of the town.