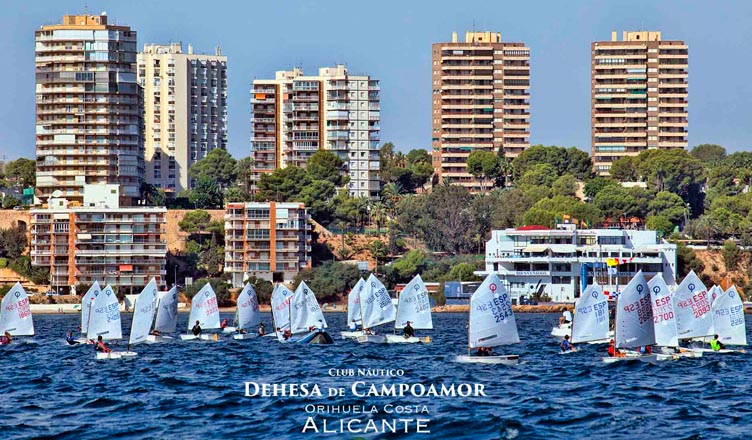 The fifth edition of the Trofeo Dehesa de Campoamor Regional Youth Sailing Regatta (Optimist Class) was held at the Club Nautico de Campoamor last weekend proving once again to be a major success, not only by the number of participants which totalled over 180, but also for the wonderful  weather that accompanied the competition throughout the weekend.

The sports councillor, Damaso Aparicio, attended the awards ceremony, stating that he was delighted with the support provided by the City of Orihuela to the competition which was a major factor in the development of sailing amongst youngsters, particularly across the Costa Blanca region.

you want to give to the events of water sports like this, trying thereby encourage the practice of sport while spreading coastal resources with which our municipality for holding such events “.

As the activities were brought to a close a representative of the Valencian Sailing Federation announced  that the Yacht Club de Campoamor will once again be the venue of the National Sailing Regatta for Children in September 2018.