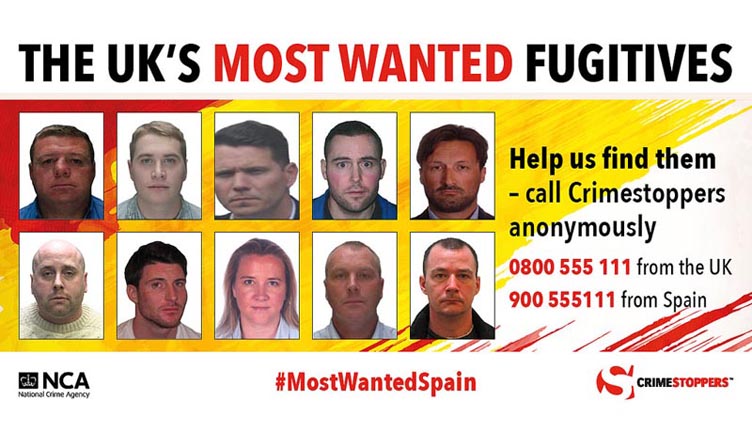 Ten more of the most wanted British fugitives believed to be hiding in Spain’s ex-pat communities have been revealed in a new appeal by independent UK crime-fighting charity Crimestoppers and the National Crime Agency (NCA).

Publication of the latest list coincides with the 10th anniversary of Operation Captura –a multi-agency campaign which has seen 76 fugitives apprehended out of 86 publicised. 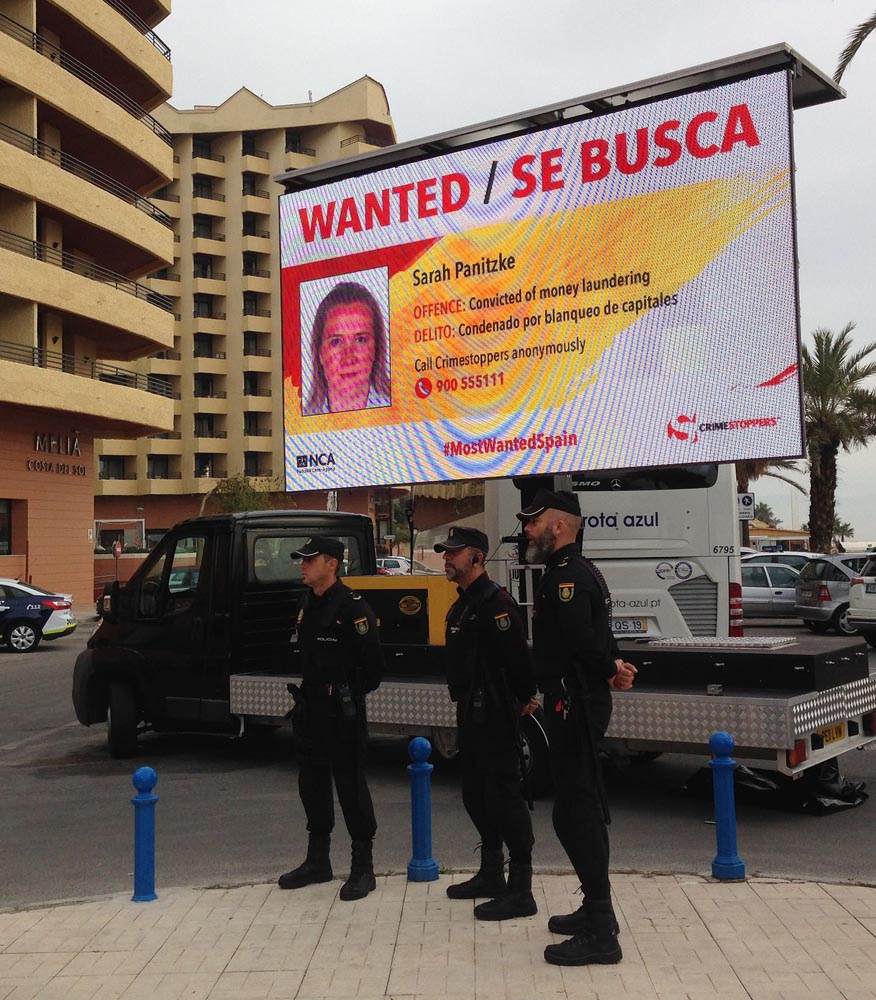 Lord Ashcroft KCMG PC, the Founder and Chair of Crimestoppers, said: “As we mark the tenth anniversary of Operation Captura, it is safe to say it has been an extremely effective way of tracking down some of the most wanted individuals who are deliberately running from justice.

“These people have managed to evade arrest and avoid justice. We know that with the help of Spanish authorities, along with the public in Spain and the UK, we can find these people.”

Steve Reynolds, Head of International Operations for the NCA, said: “The success of Captura demonstrates our relentless pursuit of fugitives. We never give up. Many of them use Spain as a base to continue illegal activities which still have an impact on the UK, but it is not a safe haven.

“Seventy-six fugitives on the Captura list have been caught to date, along with many more fugitives linked to other operations. The exceptional level of collaboration and intelligence sharing we have with the Spanish authorities has been vital to these arrests.

“The fugitives we are hunting are wanted for serious crimes and must be returned to the UK to face justice. We need the support of the public to help us catch them. Be our eyes and ears and tell us if you have any information on the whereabouts of our targets.”

Crimestoppers and the NCA liaise closely with the British Embassy in Madrid and with both British and Spanish law enforcement agencies.

Simon Manley, British Ambassador to Spain, said: “Captura is one of the best examples of the fantastic collaboration between Spanish and British law enforcement.  Our objective is for this collaboration to continue and strengthen in the coming years.  I would like to congratulate all those that have worked over the last 10 years to bring fugitives to justice.”

Information received by Crimestoppers will help to locate the fugitives on the Operation Captura list. For people in Spain wishing to pass on information anonymously there is a dedicated freephone Spanish telephone number – 900 555 111 – which is directed to the Crimestopers’ call centre in the UK. A translation service is available on request.

People in the UK can continue to contact Crimestoppers anonymously by calling the number 0800 555 111 or online at www.crimestoppers-uk.org

The ten most wanted are:

Shane O’Brien, aged 28, from London: Wanted by the Metropolitan Police on suspicion of murder.

Jamie Acourt, aged 40, from South London: Wanted by the Metropolitan Police on suspicion of conspiracy to supply drugs

Jonathon Kelly, aged 36, from Glasgow: Wanted by Police Scotland on recall to prison to serve remaining sentence of 9 years 10 months for a number of serious assaults.

Stephen Carruthers, aged 43, from Bury: Wanted by Cumbria Police on suspicion of 18 offences of making indecent photographs of a child.

Sarah Panitzke, aged 42, from Fulford: Wanted by HMRC for a VAT fraud and for laundering approximately £1billion pounds.

Matthew Sammon, aged 45, from London: Wanted by the Metropolitan Police on suspicion of making and possessing indecent photographs of children.

Dominic McInally, aged 25, from Liverpool: Wanted by Merseyside Police on suspicion of conspiracy to supply cocaine.

Simon McGuffie, aged 41, from Liverpool: Wanted by The North West Regional Organised Crime Unit (Titan) on suspicion of the large-scale supply of drugs.