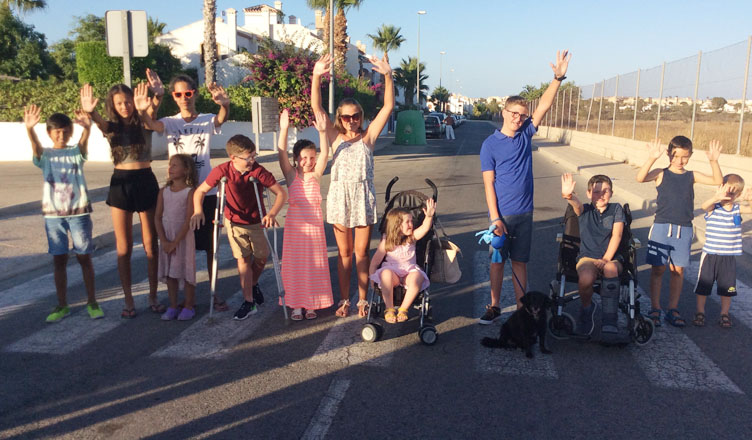 There’s an accident waiting to happen on Calle Otelo in Villamartin, which is being used as a short cut by people driving between Villamartin and Playa Flamenca. Despite a multitude of official requests since 2007 from Residents’ Association President, Ron Burks, the Ayuntamiento de Orihuela Costa has chosen to ignore every one. Ron can provide evidence that each of his requests has been stamped as received by the Ayuntamiento, but no response has ever been made to his requests.

“It’s a ludicrous situation,“ Ron remarked “and, before long, there will be a terrible accident.” The only people who need to access the road are those who live or have holiday properties there, many of whom have children and pets. The Residents’ Association successfully got the speed limit lowered to 30 kph and signage was erected, but drivers ignore the signs and continue to speed down the road, often at more than double the speed limit.

This has become a great area of concern for the permanent and holiday residents and there have been a few near misses on the sharp bend due to excessive speed. Children between the ages of 2 and 15 are regular holiday visitors to the street and there are family pets who are at risk of being injured or killed by these inconsiderate drivers.

“I would welcome visitors from local political parties, the Policia Local and members of the Ayuntamiento to discuss what can be done to make the road safer” said Ron. “We want to do everything we can to avoid a tragedy that is waiting to happen”.