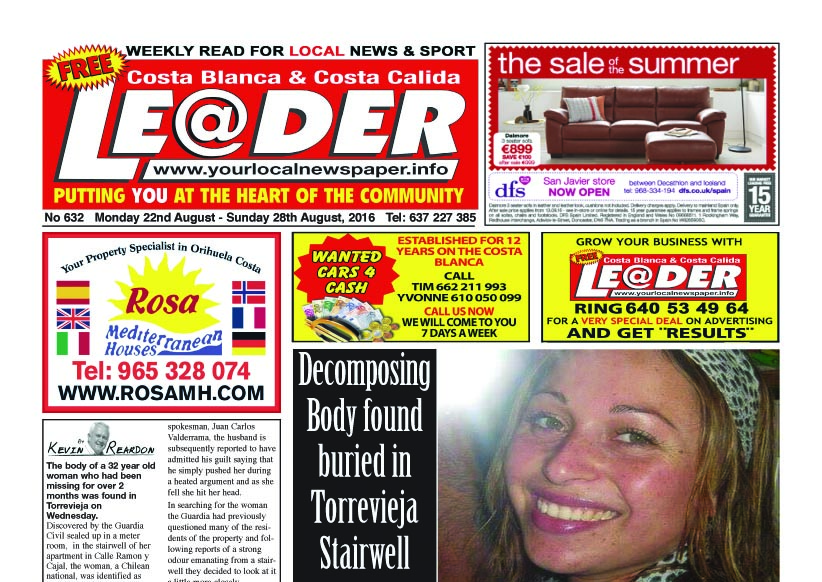 The body of a 32 year old woman who had been missing for over 2 months was found in Torrevieja on Wednesday.

Discovered by the Guardia Civil sealed up in a meter room,  in an apartment in Calle Ramon y Cajal, the woman, a Chilean national, was identified as Johana Bertina Palma Gonzalez, a mother of two children aged 12 and 5, who was first reported missing on 13th June.

Following the discovery of the body, which was said to be in an advanced state of decomposition, the Guardia arrested the woman’s husband as the main suspect in her death saying that everything indicates that finding is a homicide. According to local government spokesman, Juan Carlos Valderrama, the husband is subsequently reported as admitting his guilt saying that he simply pushed her during a heated argument and as she fell she hit her head.