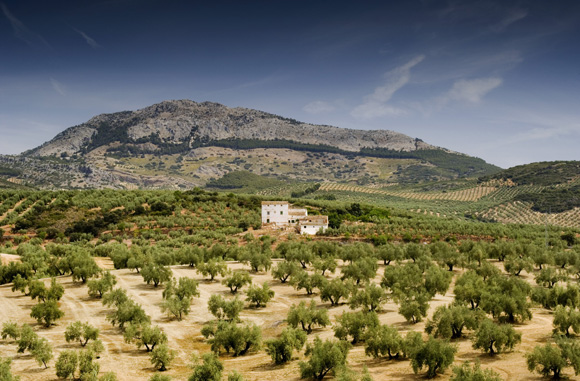 BY ANDREW ATKINSON reporting from Preston, Lancashire, where the Duke of Westminster Gerald Cavendish Grosvenor – a close friend of the Royal family and a landowner in Spain – died on Tuesday, aged 64.

The Duke of Westminster – who has lands in Spain – died in the Royal Preston Hospital after being taken ill at his Abbeystead Estate: “Her Majesty the Queen and the Duke of Edinburgh have sent a private message of condolence ,” said a Buckingham Palace spokeswoman.

The queen’s grandchildren, Princes William and Harry visit Spain to hunt on the private estate of the Duke of Westminster, William’s godfather. At 32,000 acres, Finca La Garganta is one of the largest hunting estates in Western Europe, located near the town of Conquista, on the border of Castilla La Mancha.

La Garganta is located in the rugged Sierra Morenain, in rural Ciudad Real province, Castile-La Mancharegion, Spain, situated between the town of Conquista and the hamlet of Minas de Horcajo, in Almodóvar del Campo.

In 2003 it was bought on lease and renovated by Gerald Grosvenor, 6th Duke of Westminster. The property was formerly owned by the British mining company Rio Tinto, which mined the hills for a variety of minerals. Since the early 20th century it was converted to a hunting ground by a consortium of European landowners. They managed it through the company Villamagna SA, before the mostly aristocratic German owners started leasing it to Gerald Grosvenor.

In 2007 it was reported that the private accommodation consisted of six large villas, some in the process of renovation, with accommodation for 100 staff. A converted railway station allows for rail access, while the headquarters is supplied with its own petrol station to service a fleet of over 20 jeeps. It produces olives, cereal and cork.

The hilly and extensively forested property, has a perimeter of 40 miles and ranges from 585 to 1,266 meters in altitude. Woodlands include cork oak, strawberry trees, poplars and alder, flanked by pine forests in the north and east, and olives and exotic eucalypts.

The estate is stocked with boar, stag and partridge. Rare wildlife includes the black stork and Spanish imperial eagle, along with black, griffon and Egyptian vultures, and golden eagles.

The Prince of Wales and Duchess of Cornwall are said to be ‘deeply shocked and greatly saddened’ by the sudden death, a Clarence House spokeswoman said.

The Duke’s only son Hugh, is Prince George’s youngest godfather, and his wife Natalia is godmother to the Duke of Cambridge.

The Duke is reportedly worth 10.8 billion dollars (£8.3 billion), according to Forbes – the 68th richest billionaire in the world – and third richest in the UK.

The Duke owned 190 acres in Belgravia – adjacent to Buckingham Palace – and along with thousands of acres in Scotland and Spain.

“It is with the greatest sadness that we can confirm that the Duke of Westminster, Gerald Cavendish Grosvenor died this afternoon (Tuesday August 9) at Royal Preston Hospital. He was taken there from the Abbeystead Estate in Lancashire where he had suddenly been taken ill,” said The Grosvenor family’s spokeswoman.

The Duke suffered a nervous breakdown and depression in 1998.

In his early 20s The Duke became Trustee of the estate, and had to abandon his planned career in the Armed Forces, later serving in the Territorial Army. He became the sixth Duke of Westminster aged 27.

The British and Spanish Royal families descend from both Queen Victoria and Christian IX of Denmark. Queen Victoria’s great-grandson, Paul I of Greece, is the father of Spain’s Queen Sofia, who married her cousin, King Juan Carlos, parents of the Spanish monarch,

“Given the choice, I would rather not have been born wealthy, but I never think of giving it up. I can’t sell. It doesn’t belong to me,” The Duke once said.